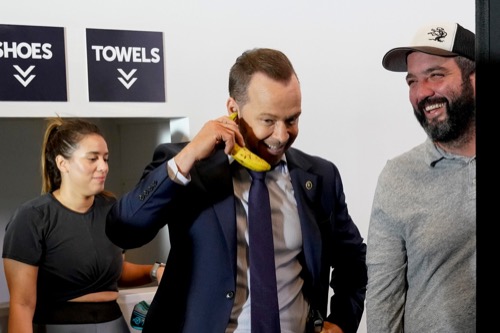 Tonight on CBS their hit drama starring Tom Selleck Blue Bloods airs an all-new Friday, October 18, 2019, episode and we have your Blue Bloods recap below. On tonight’s Blue Bloods Season 10 episode 4 “Another Look,” as per the CBS synopsis, “Frank takes a case to heart when it involves the suspicious death of a friend’s terminally ill wife.

Also, after demanding more meaningful cases, Erin receives an unsolved robbery case that proves to be impossible to crack without help from Anthony, and Danny and Baez uncover the shocking truth behind a puzzling assault claim.”

Janie was called to the scene of an apparent suicide. The victim died from a single gunshot wound to the head and the weapon was found next to her. There was also a motive there for all to see because the victim killed herself in a room that was turned to a miniature hospital. Which led Jamie to believe she must have been sick. She was sick, old, and possibly tired of having to fight for her next breath. Jamie felt this was suicide and it was just unfortunate that it happened to a friend of his father’s.

The victim’s husband was Special Agent Ortega. He and Frank go a long way back and Frank had even shown up at the scene when he heard that there was an incident at his friend’s home. Frank went there because he wanted to be supportive. He thought Ortega might need someone to talk to and, in all honesty, Ortega didn’t want to speak with anyone. Jamie tried to get the man to engage or at the very most go to the hospital so that he could be checked out and Ortega didn’t want to hear it. He merely wanted to be left alone.

Frank then tried to give him space. He didn’t want to intrude where he wasn’t only that didn’t mean he wasn’t going to follow the case. He wanted to hear everything that came of it. He was also unexpectedly thrown when he heard that the officers were questioning suicide because they found a bloody man’s nightshirt. This nightshirt supposedly conflicts with Ortega’s story. He said he heard a gunshot and went upstairs to find his wife of forty years dead. He never mentioned going to hold her much less get close enough to get blood all over his shirt.

The flaws in his story also gave the detectives doubts. They wanted to get to the truth and their reaction was even affecting Frank’s team. No one in the Police Commissioner’s office wanted Frank to get entangled in a possible murder case. They thought it was bad enough that Frank went to the scene on the night off and so they advised him to distance himself from his old friend. They didn’t want Frank to take a hit for this one because his friend was lying to the police. And so Frank has to decide whether or not he wanted to listen to them.

Frank was dealing with the fallout of politics, but his children were all working active cases and they learned from their father to let nothing hold them back. Danny, for instance, was investigating a rape. A young woman went to the hospital where she claimed she was date raped. She said she went to a bar where she met someone and that they were having fun when he tried to make it more serious. She said she tried to slow things down as he was pressuring her. She claims that’s when he got violent with her and that she came to with him beside her in bed.

The woman saw he was passed out. So, she used that opportunity to run and she went directly to the hospital. She gave Danny and Baez the location of where she woke up and they went there. Not that they found the perp there. He was already gone and so the detectives had to track him down the old-fashioned way by using receipts. They found out his name was Mark Forman. It turns out he was a married man with two kids. He was a little surprised when he saw the police later showed up at his door and oddly he never once mentioned calling a lawyer.

Forman was pretty cooperative for a man accused of rape. He spoke to the detectives out of his own free will and he also came to admit there was a woman that night at the hotel. He’d been staying at the hotel because he’s going through a divorce however he claimed not to know anything about rape and had to be dragged to his cells once the victim identified him in a lineup. The case seems to be closed. Danny was even talking about it with his fellow detective and it was his friend that mentioned how odd the case appeared.

There was that word again. The word “ODD”. This other detective took one look at their guy and couldn’t see how he ever got close enough to such an attractive woman to talk to her much less hurt her. Danny’s friend raised some questions on the “victim’s” credibility. Danny would have liked to dismiss it except he was having his own doubts as well. Danny later spoke with Forman and the man was nearly in tears because he doesn’t remember this assault. The last thing he can recall was talking to the young woman at the bar.

Forman said she approached him. It was the first time in a while that a woman was paying attention to him and so he was flattered. He also doesn’t remember anything after that. He couldn’t recall how he got her up to his room and so Danny tried to put the pieces together for him. He checked out Forman’s story. He truly believes the woman approached him and that just didn’t make sense because he wasn’t her type. The woman’s social media shows how she loves to date men her own age or younger.

She would never have gone after someone as old as Forman. Danny and Baez suspected their victim had made up her claims and so they had to do the hard part of proving it. They went to question her again. It was as they were visiting her at work that they saw Forman’s wife attended the same gym. The detectives thought that was too big of a coincidence to ignore. They next spoke to Lydia Forman and they confronted her with what really happened. They told her they knew she hired her Flywheel instructor to flirt with her husband and drug him as a way of setting up a false rape claim.

The woman was supposed to recant down the line to make the case murky, but Lydia had changed her mind and she paid the woman an additional thirty thousand dollars to go ahead with the rape claim. It seems Lydia had wanted to use this against Forman in the custody hearing. She knew she’d never get full custody without throwing dirt and she wasn’t afraid to send her husband to jail if it gets her what she wanted. And so Danny and Baez were able to close this case thanks to the help of a friend.

Frank had also tried to be a friend. He heard from Ortega in a roundabout way that the man had grown tired of seeing his wife suffering and that he made a full confession to his priest in order to get his wife a full Catholic burial. Frank could have said something to the detectives and he didn’t. He instead told Jamie. Jamie was told by his sister to talk to his dad because they had all been worry about him forgetting his moral compass and so Jamie became the perfect listening board. He heard what his father had to say and then he reminded him that the law remains the law.

Frank couldn’t interfere with the investigation into his friend. He had to allow to play out and that’s what he was forced to do tonight.