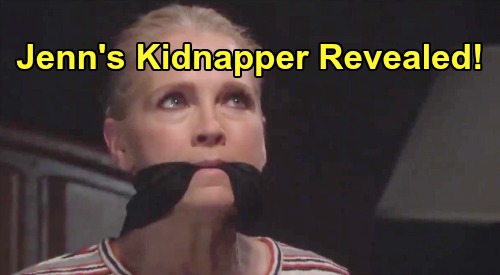 Days of Our Lives (DOOL) spoilers tease that Jennifer Horton (Melissa Reeves) has plenty of drama headed her way. She’s desperate to help Jack Deveraux (Matthew Ashford) recover his memories, but some devastating setbacks are looming. The first one will strike on September 12, which is significant since that same episode will bring a surprising return.

DOOL fans know Dr. Henry Shah (Piter Marek) usually pops up when Jennifer’s single and ready to mingle. It’s almost become a running gag for Dr. Shah to get shoved aside. Jennifer always ends up choosing another man over the handsome, dependable doc. However, it seems Dr. Shah has finally had enough! There’s a good chance he’ll snap and become Jennifer’s worst nightmare.

In addition to the timing of this return, we should point out another piece of evidence. It turns out the part of Dr. Shah had to be recast. Andre Khabbazi was unavailable for filming, so Days was forced to get someone else to play the typically dull role. Piter Marek will debut as the new Dr. Shah this week, which is a huge giveaway that he’s important this time around. There’s no other reason why Dr. Shah would be so necessary.

Days spoilers say Dr. Wilhelm Rolf’s (William Utay) lab will be demolished, so Jack Deveraux (Matthew Ashford) will point the finger straight at his vindictive ex. He’ll think this is just the kind of stunt Eve Donovan (Kassie DePaiva) would pull. There’s no denying that a twisted move like this would be right up Eve’s alley. However, Eve will insist she’s innocent – and she should be telling the truth for once!

Later, Jennifer will find herself in danger as someone kidnaps her and holds her against her will. Days of Our Lives spoilers say the show will reveal Jenn’s shocking captor on September 19. Who would be more shocking than Dr. Shah? The suddenly crazy doc will likely either want to torment Jennifer for all her rejections or perhaps convince her he’s “the one.”