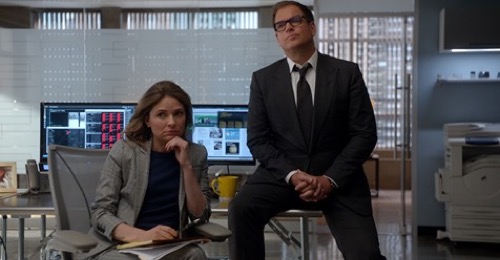 Tonight on CBS their drama Bull inspired by Dr. Phil McGraw airs with an all-new October 14, 2019, episode and we have your Bull recap below.  On tonight’s Bull season 2 episode 4 as per the CBS synopsis, “Bull helps a famous social media influencer, Sadie Washington, take her father to court to overturn his legal guardianship over her empire, which he was granted after the young mogul suffered a public mental breakdown.

To counteract any jury bias Sadie faces due to the public’s perception of her mental illness, they aim to select jurors who believe in giving people second chances.”

Sadie Williams built a brilliant brand. She started creating videos in her garage at age sixteen and with it, she would show her viewers how to put on as well as how to create their own makeup. Her videos even transitioned into her own cosmetics line. It was very successful because not many people were reaching out to black and brown girls at the time and so Sadie was special. She tapped into this new market. She was also the first to do so and that saw her profits soar. Sadie was now a successful businesswoman and yet she was having trouble with the people that matter.

Raybury Cosmetics wanted to buy her company. It would a hundred million dollar deal and at first, she was interested in what they offered. She thought that she would remain in control of the imaging because it was still her company. She also didn’t mind traveling and introducing her company to foreign markets, but Raybury didn’t want her expertise. They wanted Sadie to relinquish all control and they were getting support from Sadie’s father Gerald Williams. He thought that it would be better to let the company do whatever it wanted.

Only the company wanted to use ethically acceptable models to start their own “Sadie” in every country. They didn’t want the real Sadie because she was black and that’s not what they wanted. They also dismissed the real Sadie because she didn’t have legal control over her own affairs. Her father was her guardian and he gets to decide what to be done with her company. Sadie thought that was unfair and she didn’t know what to do. She ended up turning to Bull because she thought he was one of the few people that would understand her situation.

Sadie was diagnosed with Bipolar 1 Disorder when she was younger. She once had a manic episode on camera and that’s when it all came out to the world. She was forced to admit her condition. She also had to give her father legal control over her business and her own care. It was what she had needed at the time. She was now in treatment and taking her medication. Sadie has come long a way to prove that she’s better, but her father refuses to let go of this newfound control he has over her.

Gerald Williams even follows her when she goes somewhere he doesn’t know about. He tracked her phone back to her appointment with Bull and he tried to talk her out of it. But Sadie went to a judge with her new lawyer and she tried to regain control of her own life. She told the judge she was better. She even had doctor appointments to go with her and still he wouldn’t listen. He gave a trial if not a fair hearing. He also upheld her father’s guardianship until the trial and so Sadie walked away disappointed.

Sadie had hoped to turn it around it court, but first, there was an issue with a paparazzo, where she was charged with assault. Sadie was later bailed out by her father and he wanted her to come with him. It was Bull that spoke for her when he saw that. Bull saw how her father tried to intimidate her and he didn’t like it. He helped Sadie stood her ground and he also later listened as she explained what really happened with that paparazzo. Somehow the guy had tracked her to an obscure restaurant and it hit her repeatedly before she tried to shoo him away.

That’s all she was trying to do. She tried to shoo him and he faked being hit. He fell down screamed about her hitting him, and that got the rest of the paparazzi to take pictures. Sadie said the whole thing felt like a setup. It sure sounded like a setup and that wasn’t the last worrying sign Bull and his friends caught. They represented Sadie in court. They talked to her therapist who tried to claim she was unstable and yet the woman also didn’t see Sadie for months on end because apparently, Sadie was stable. And so the therapist deliberately misrepresented Sadie’s condition.

The therapist being paid to be there by Sadie’s father. The same went for the company COO who claimed Sadie was a terrible businesswoman and that she shouldn’t be allowed control of the company, but the same woman would have been fired if Sadie regained control and so she too had a motive to lie. Sadie’s father was the next person on the stand and he too had a motive. Bull’s friends found out he had embezzled six million dollars and Benny had confronted him with those figures in the court.

Gerald, therefore, had to answer what he did with that money. He and his lawyer asked for a ten-minute recess and only after they got it that the truth came out. Gerald had embezzled the money because he was paying off someone his daughter had injured during her episode. She had hurt someone so badly that her father was paying the man to keep quiet and Gerald would have kept that secret too. He didn’t want it to ruin Sadie’s image. He knew it would hurt her as well as her company and so he buried it.

He didn’t even want Sadie to know about it. Gerald thought his daughter was so unreliable that she couldn’t be trusted with the truth and he also kept quiet because he thought this would hurt her more than anything else. Which he claims is why he wants to keep his guardianship. Bull then used that, the man’s love for his daughter, to get Gerald to see that Sadie does deserve a second chance. She needs the chance to decide if she wants to start another company or if she wants to sell and so Bull put it to the father.

Bull worked out an agreement that would have Sadie still sell the company, but it comes with stipulations. Her father would have to give up his guardianship and he would have to go back to being just her father. Luckily, all parties agreed to this exchange. So Sadie and Gerald were allowed to be father and daughter again.

And speaking of which, Chunk found out his daughter was pregnant and that she was thinking about termination.