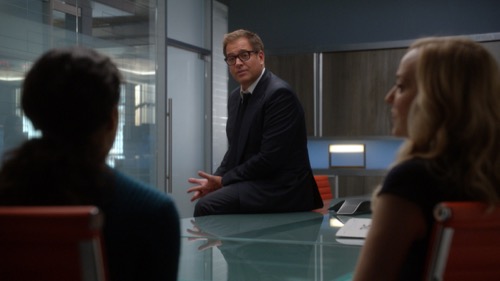 Tonight on CBS their drama Bull inspired by Dr. Phil McGraw airs with an all-new October 21, 2019, episode and we have your Bull recap below.  On tonight’s Bull season 2 episode 5 “Billboard Justice,” as per the CBS synopsis, “Taylor becomes personally invested in having Bull help a dancer, Jessica, bring a civil suit against a real estate mogul who assaulted her at a gentlemen’s club when the district attorney’s office refuses to pursue criminal charges.

As the TAC team faces an uphill battle in court due to the defendant’s fame and popularity, Bull aims to select jurors who believe privileged people don’t deserve special treatment.”

Taylor was the quiet type. She sort of kept her head down and did her job, but tonight she spoke up when she came across an injustice. The injustice in this case just happens to be rape. Taylor heard about Jessica Lee and visited the young woman’s page where she saw a message from Jessica detailing her rape. She claimed she was attacked by a client at a Gentleman’s Club. She said she agreed to a private dance and that he took it too far. Jessica had later tried to inform the authorities and surprisingly she was rebuffed.

The District Attorney’s office didn’t want to pursue a case they couldn’t win. They told Jessica to come back when she had evidence and she couldn’t do that anymore because she stopped working at the club. Jessica had found herself without allies or friends and so she did what she had to do to spread what happened. She began printing out fliers. Jessica would post their flyers all over the trains and subway. And she hoped that one day someone important would be willing to listen – so she got lucky with Taylor.

Taylor took a special interest in this case when she learned her firm had a meeting with the rapist. Nathan Alexander was a very rich man and he wanted to hire Bull for some reason. Taylor suspected he wanted to hire them to be his defense team in this lawsuit that Jessica was trying to put together. She also knew that she couldn’t let this meeting happen so she torpedoes it. She told Benny that he wanted to introduce him to someone and then she tricked him into meeting with Jessica.

She may have mentioned that Jessica had legal troubles. Taylor told Benny that Jessica might bring it up and so he was left unprepared for what the meeting really was. The meeting was about Jessica pleading her case. She told Benny that she had been raped and that her rapist was Nathan Alexander. She didn’t know that the moment she mentioned her rapist’s name that it became impossible for Benny to ever represent Alexander. Jessica didn’t know what she was doing, but Taylor sure did.

Taylor burnt a possible contract for her firm. They could no longer meet with Alexander and that alone could have cost them millions. The fact this was also done behind Bull’s back meant there were going to be repercussions. He was the one that set up the meeting and Taylor had burnt quite a few bridges with what she did. Bull had been furious with what happened. He threatened to fire Taylor and so she defended herself. She said that Nathan Alexander was a bad guy. There shouldn’t be anything else to discuss and Taylor wasn’t going to apologize for what she did.

Taylor stood by her beliefs and what she believed in most was Jessica. Jessica deserved a fair trial. She never would have gotten one if Nathan Alexander and all of his millions had hired someone like Bull. Bull would have minimized the rape. He would have made the jury believe that Alexander was innocent and that Jessica was after something. Even if Bull thought Jessica was telling the truth it wouldn’t have stopped him from putting together a strong defense team for Alexander. And so Taylor didn’t regret what she did.

Taylor stopped a very rich man from abusing the system. She was so firm in what she thought that she brought Bull semi-around. He suspected she had been right about Jessica and that Jessica was raped. So, Bull decided to represent her. He angered Benny with his decision because Benny felt like they were rewarding Taylor for her reckless behavior and so Bull explained himself. He said he didn’t want to be the guy so outdated that the rest of the world passed him by. Bull also realized wanted to be the type of man that his son or daughter might want to turn to.

Bull was able to bring Benny onboard. Benny didn’t really like it, but he tried to defend Jessica in the lawsuit against Alexander and he found it to be a fight every step along the way. They even had a problem with jury selection. The jury was asked if they knew someone who had been raped or were ever raped themselves and that knocked out most of the women. The only ones left were the guys. The same guys that didn’t believe Jessica when she gave a compelling testimony. The same guys that thought Jessica was lying when she couldn’t remember what happened after the rape.

There was footage of Jessica having a drink after the rape with her rapist. Jessica’s team brought in an expert witness on trauma and he said that often victims would enter a fugue state where all they did was focus on survival. Victims were usually so afraid of what could happen to them afterward that they tried to make friends with their enemies. Jessica was most likely doing the same when she had that drink and unfortunately, it also ruined her credibility. The expert couldn’t testify to what happened because he wasn’t there.

Bull and his team were floundering with little idea to what to do next. Danny proved to be the savior here when she found other victims and so the one problem standing in the way is that they all signed NDAs. They agreed to keep quiet for two million dollars. They were also told that if they ever went back on their word that they would be sue for twice that amount and so most of them were keeping quiet until Alexander’s ex-wife agreed to pay their lawyers if they were ever sued by Alexander.

It turns out Alexander likes to take things just to show he can. He did that with his ex-wife and she wanted payback. Now, with her backing, the women were freed from their NDAs. They agreed to testify for Jessica and that finally turned the jury. The jury later found Alexander liable. They then offered Jessica millions of dollars in damages and so she truly did get her story out there. And it was all thanks to Taylor.

Meanwhile, Chunk tried to reach out to his pregnant daughter, but she blocked and didn’t want to speak to him when they disagreed over whether or not she should have an abortion.