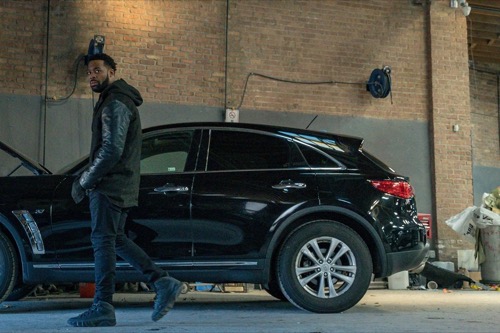 Tonight on NBC their drama Chicago PD returns with an all-new Wednesday, February 6, 2019, season 6 episode 13 called, “Night in Chicago,” and we have your Chicago PD recap below. On tonight’s Chicago PD season 6 episode 13 as per the NBC synopsis, “Atwater goes undercover to bring down the longtime head of a criminal enterprise and becomes entangled in a situation that tests his allegiances as well as his conscience.”

Phil Gamble was a big name in Chicago. He’s been in the game twenty years and has a pretty diverse portfolio, but he still makes the bulk of his money from drugs. Gamble was into the heroin trade and everybody knew about it. No one had wanted to do anything at first because Gamble had been smart enough to bribe the right politicians and so the man’s first mistake was to stop those bribes. The politicians no longer had any reason to protect him and they gave Chicago PD leave to finally bring Gamble down. Voight and his team were given this task and they were putting all their cards on Atwater. Atwater was supposed to infiltrate Gamble’s organization and bring it down from the inside.

Unfortunately, the only way to get to Gamble was to go through his right-hand man. Daryl Ingram doesn’t work with new faces and he relies solely on people he’s known for years. He wasn’t just going to give Atwater a job and so Atwater had to win over his trust. He did this by approaching Daryl’s younger brother Vance. Vance was a basketball player in high school and so Atwater approached him as a recruiter. He promised to get Vance in with the right people and he proved to both brothers that he truly did know college coaches. Atwater used his own connections to arrange a meeting and it ended up impressing both Ingrams because they thought Atwater was legit. They allowed Daryl to get closer to them and so Atwater needed one final push to get in on the drug trade.

Atwater needed to find a way to either buy from Daryl or sell to Daryl. He could do nothing about the people that Daryl already trusted and so the police created a problem. They had one of the drug dens raided and everyone was checked for visas. It put Daryl behind schedule and he came up fifty thousand short when he had to explain himself to Gamble. Gamble has been wanting Daryl to have more than one solution and so this crisis gave him the perfect opportunity to make Daryl rely on different resources. Daryl didn’t know how to go about finding new people to replace the ones he trusted and so that’s when Atwater made his move. He sympathized with Daryl and told him he had the perfect solution.

Atwater introduced him to even more cops that were pretending to be distributors and them magically Daryl’s problem. Daryl and Atwater were leaving together when they got pulled over by the police. It wasn’t anyone involved in the operation and so these other officers were operating on his own. Two white officers had pulled over the guys and one of the officers had a problem with the color of their skin. He kept harping on them being homies and didn’t believe their story that they were visiting a friend. This officer even became enraged when Atwater said they were men not boys and so he arrested Atwater for no reason. And then when Daryl tried to stand up for him, this officer shot and killed Daryl Ingram.

Voight and his people moved in almost immediately. They didn’t want to risk Atwater’s cover and so they claimed they were in the area working a case. They also offered to transport Atwater for the two officers because the guys that killed Daryl had to stay on the scene to be interviewed. So Voight got to Atwater and he moved him to one of their vehicles, but Atwater was angry. He was angry that they got pulled over for driving while black and that they killed Daryl for no reason. Atwater said he couldn’t wait to tell IRT what really happened and so what he wasn’t expecting was that the cops would be angry that he was there and didn’t stop what happened. Voight got in trouble as well because everyone believes that Atwater could have stopped one racist cop from killing a young black man for no reason.

Voight’s bosses wanted to keep the truth of Atwater being at the scene under the wraps, but while brass was willing to put all the blame on Atwater, there were protestors outside chanting “Black Lives Matter”. The whole thing had left Voight so spooked that Voight later told Atwater that they should withhold judgment until they saw the video from that night. He also said that Daryl wasn’t innocent. The man was has killed people in his trade and the drugs he put on the street have killed people. Voight tried to use the man Daryl was to justify what happened and Atwater didn’t think that same way. He’s been on that road way too many times before and so he follows through with the rest of the plan just to get his bosses off his back.

Atwater went and paid his respect to Daryl’s family. He supported them and then used that support to hide how he was getting close to Gamble. Gamble needed a new man to replace Daryl and Atwater told him he could be that man. He then got Gamble to buy a bunch of drugs from him and was finally able to bust him for being involved in the drug trade. But Gamble had said something as he was being dragged away. He told Atwater that he was worse than a cop for turning on him and siding with the people that killed Daryl. And so that got to Atwater. He didn’t want to be involved with this situation anymore and he was feeling this way because he knew as someone at that scene that nothing Daryl did could justify what that officer was doing.

The police officer riled them up and did everything possible to provoke them. Atwater knew that there was more to the story than the tape that recorded just the images and so he didn’t know how he felt when he was approached by Ray Price. Price was running for mayor and he wanted to do it by pretending to want justice for Daryl. He hadn’t liked Daryl in the real world, but he was willing to use the man’s death to finally stop racists cops from killing innocent black men. He was also going to protect Atwater if Atwater backed him and that was something he just couldn’t get behind.

Atwater told his bosses that it had been a good shoot and he protected his fellow cop because he wanted the chance to beat the man in person.

It turns out Atwater was going to get that man’s badge another way, but first, he wanted to make his fellow officer truly fear for his life.