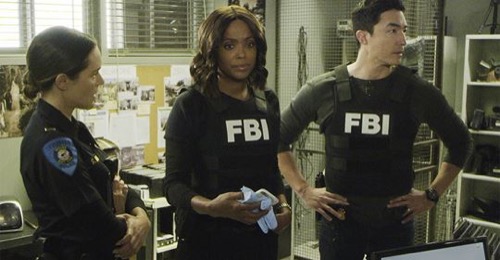 Tonight on CBS their hit drama Criminal Minds returns with an all-new Wednesday, February 6, 2019, season 14  episode 15, called “Truth or Dare”,” and we have your weekly Criminal Minds recap below. On tonight’s Criminal Minds episode season 14 episode 14 as per the CBS synopsis, “In the Season 14 finale, wedding bells are ringing as Rossi prepares to marry Krystall. But first, the BAU team travels to Los Angeles to investigate a series of fatal shootings in broad daylight following car accidents.”

Rossi was getting married again. He wanted to go to marry his ex-wife and he wanted their second wedding to be even more special than their first, but he got the call from his team during wedding preparation. His friends as it turns out needed him on their latest case. The case involves an Unsub who uses his car as to carry out a form of psychological torture. This guy targeted his victims by staging a case accident. The Unsub wanted them to feel fear in that moment and then he goes on to “punishes” them by killing them with his gun. He did this with all three victims. The Unsub would lie in wait and then move his car right in front of an oncoming one because he wanted to derail this other person. He only kills them afterward because his rage couldn’t be satisfied with merely causing them harm.

The team believed the Unsub was an angry individual. They assumed that this man went looking for ways to justify his anger and that’s what led to the first kill. The first time the Unsub killed someone the police had thought it was road rage and so the team wondered if that first time was what gave the Unsub the idea. They tracked down someone stealing cars and matching the description, but Mark Zabel begged the police not to arrest him because he said he had to do this. He claimed that he had been pushed into carrying out the kills because his wife was threatened and so he tried to get back into the car to finish the job when police killed him for resistance. The police hadn’t believed Mark’s story and so it had been up to the BAU to decipher the truth.

They went to Mark’s home and they found his wife Lynn murdered. She had been tied to a chair and her throat had been slit. Meaning Mark had been telling the truth! He had been forced to kill all those people because the mastermind had had his wife, but the Unsub must have killed her when he realized Mark was no longer of use and so that begged the question who has been carrying out these crimes. The victims didn’t appear to be connected and so they had Garcia dig deeper. She eventually learned that at least two of them had been involved in the same case and so a witness from that time revealed that the third victim had actually been on that case as well. They were the lawyer, witness, and juror of the People vs. Casey Allen Pinker.

Pinker was arrested for deliberating causing car accidents. He claimed that he had been pushed into it by a dare from a guy he met at the bar and that he had tried to slow down without hitting anyone, but that last part for sure had been a lie. The witness that saw Pinker at the wheel that day had also seen how the man never tried to slow down and had taken to hitting other people with glee. Pinker was proven guilty in court and he went to jail. Only he believed everyone else was the reason he went to jail. He blamed his lawyer for not getting him off the charges, he blames the juror for finding him guilty, he blamed Mark for daring him, and he blamed the witness that day for daring to state Pinker was putting other people in danger with his stunt.

Pinker also had one other victim on his list because Mark alluded to it before he died. The team took another look at the case to identify this last victim and their best bet was the judge. The same judge that didn’t believe Pinker when he said he had been pushed into the dare and so the team went looking for Judge Melissa Hamilton, but Pinker had already got his hooks into her. He used the woman’s daughter to get her to go the bank and he was going to get Melissa to pay him when the FBI found them. JJ and Reid went into the bank to get their hands on Pinker and unfortunately Pinker took a hostage. He used the hostage to get the FBI agents to comply with his orders and so they were forced to twisted game of “Truth or Dare”.

Pinker wanted to prove that even good people could do bad things without regrets and so he demanded that JJ tell him a secret. It has been a secret she hadn’t even told her partner and it had to a be a good secret according to Pinker. He didn’t want hear about her miscarriage or what she thought when she killed someone. He wanted a juicy secret and so JJ admitted that she was in love with Reid. Reid used that moment to escape his restraints and shoot Pinker. Pinker was dead and everyone was physically safe, but that secret came between JJ and Reid. The two of them couldn’t even look at each other afterwards and so that made things awkward at Rossi’s wedding. Everyone came out to celebrate Rossi and Krystall’s big day.

JJ had gone to the wedding with her husband and yet she couldn’t help looking at Reid. Reid was also doing some staring, but when they did get talk, Reid asked her if she meant what she said and she never did answer him.