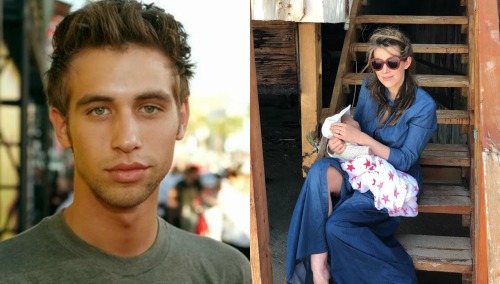 Days of Our Lives (DOOL) spoilers has some great news to pass on about a DOOL alum. Blake Berris, who portrayed Nick Fallon on the NBC soap, has recently welcomed a new baby with his wife Alexandra McGuinness.

On the 4th of July, Alexandra shared a photo on Instagram of herself holding their new baby boy, who looks adorable. Exactly when the birth occurred isn’t clear, but both mom and baby look happy and healthy in the photo.

Blake married Alexandra back in 2017 in Ireland, in a beautiful ceremony attended by fellow DOOL costars Kate Mansi (Abigail DiMera) and Rachel Melvin (Chelsea Brady), as well as U2 band members Bono and The Edge. Alexandra’s father, Paul McGuinness, was U2’s band manager.

Blake played the role of Nick on Days of Our Lives from 2006-2014. His run ended when his character was shot and killed by Gabi Hernandez (Camila Banus). Blake also filled in for Bradford Anderson in the role of Damian Spinelli on General Hospital in 2017. In recent years, he’s appeared in several TV series, and most recently will be appearing in a new series called “The Coop” in the role of Zach.

As for Alexandra, she is a film director. Her films include She’s Missing, which is the story of a woman whose best friend goes missing at a rodeo and the violence of life on the road. The film premiered at the Newport Beach Film Festival back in April. Blake appeared in the film in the role of Gus.

Our congratulations go out to Blake and Alexandra on the birth of their son. Stay tuned to DOOL and don’t forget to check CDL often for the latest Days of Our Lives spoilers, updates, and news.

This is my husband! @blakeberris

A post shared by Alexandra McGuinness (@alexandra_mcguinness) on Jul 4, 2019 at 7:56pm PDT