Days of Our Lives Spoilers: Chad & Abby In Paris – What Happened Before They Returned To Salem? 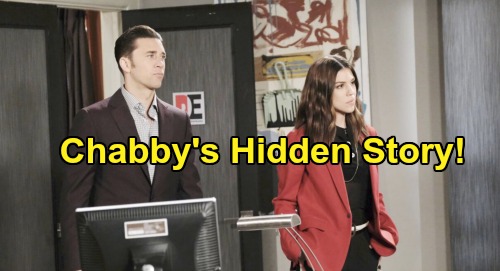 Days of Our Lives (DOOL) spoilers tease that Chad DiMera (Billy Flynn) and Abby DiMera (Kate Mansi) will be returning to the show during the week of November 11, 2019. As DOOL viewers know, before the time jump that occurred on Friday, November 8, Abby’s mother Jennifer Deveraux (Melissa Reeves) was seriously injured when Princess Gina Von Amberg (Kristian Alfonso) pushed her over the balcony at the bistro in town square.

Viewers of the DOOL App series “Chad & Abby In Paris” know that Chad and Abby traveled back to Salem right after Jen’s accident. Now, whether they then remained in Salem throughout the duration of the year that viewers skipped during the time jump remains to be seen. But we do know that Chad and Abby will be in Salem once things pick up after the time jump starting on Monday, November 11.

Viewers who watched the “Chad & Abby in Paris” series know that the pair went through quite a bit during their time in Paris. Their whole objective for leaving Salem in the first place was to reconnect after their wedding and build a new life away from all the drama they experienced with Stefan DiMera (then played by Tyler Christopher). But they ended up walking into right some new drama in Paris that threatened their marriage.

In case you didn’t watch “Chad & Abby in Paris” or want a refresher, here’s what went down. First, Chad took over as head of DiMera’s European division, and that left him working long hours away from Abby. That alone took a toll, since they weren’t spending a lot of time together. Abby would plan special dinners and time alone with Chad, but inevitably something would come up at the office and their plans would get interrupted.

Well, it turned out that Chad’s colleague at DiMera, Juliette (Rachele Schank) was spending a lot of time with Chad…and she happened to be gorgeous and totally after him. Around the same time that she started making serious moves on Chad, Abby and Chad had a surprise visitor show up at their door – Austin Reed (Austin Peck). Upset from having broken up with Carrie Reed (Christie Clark), Austin was vulnerable and developed a bit of an attraction to Abby.

Long story short, Abby and Austin ended up sharing a kiss, which Abby then quickly shut down. While this was going on, Juliette orchestrated an impromptu business trip with Chad and the two ended up in the same hotel room. Juliette made an aggressive pass at Chad, and he was tempted but turned her down flat. Chad and Abby confessed their respective experiences to the other and worked through their issues.

Tony DiMera (Thaao Penghlis) then paid a surprise visit to Chad and Abby, which completely freaked out Abby, since he looks exactly like Andre DiMera (Thaao Penghlis), whom Abby killed in self-defense. Tony was there to ask Chad to return to Salem to become DiMera’s CEO again, but Chad refused to consider it – the timing just wasn’t right and both Chad and Abby decided they were happy in Paris.

But shortly thereafter, a bitter Juliette decided to get her revenge on Chad for refusing his advances. She managed to get Chad to her apartment, then drugged him and put him in her bed, while arranging for Abby to find out where he was. Abby arrived at the apartment and found Chad undressed and in Juliette’s bed, at which point she punched Juliette in the face.

The next day, Chad and Abby were called into the office by Li Shin (Remington Hoffman), Mr. Shin’s (Michael Hagiwara) son. Li revealed that Juliette had come forward with a story about how Chad allegedly hit her after she refused his advances. This was, of course, a lie, but Li believed the story and promptly fired Chad. It wasn’t long, though, until Juliette’s assistant betrayed her and gave Li a recording of her admitting to her scheme.

That led Li to reinstate Chad, who promptly fired Juliette and promoted her assistant. Things seemed back to normal for Chad and Abby, but then Abby received a call from JJ Deveraux (Casey Moss) informing her of Jen’s fall from the balcony shortly after her wedding to Jack. From there, Chad and Abby headed home to Salem to be with family during this difficult time.

Of course, what’s happened to Chad and Abby once they returned to Salem remains to be seen, and the details will likely be revealed through flashbacks and the various means of storytelling on the show. Their kids will be noticeably older, since a year has gone by, and according to DOOL spoilers, there will soon be some conflict between the pair over Chad’s confession that he’s been in contact with his father Stefano DiMera (Joseph Mascolo).

At any rate, DOOL viewers have a lot to look forward to, as Chad and Abby’s story continues on the show. Are you happy “Chabby” is back in Salem? Stay tuned to DOOL and don’t forget to check CDL often for the latest Days of Our Lives spoilers, updates, and news.