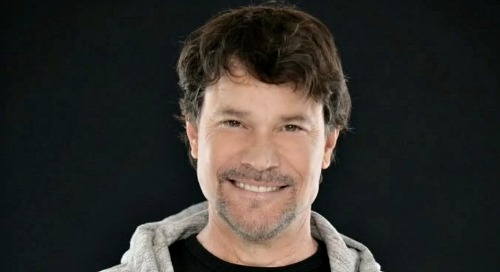 Days of Our Lives (DOOL) spoilers has some news to pass on about the future of the show as well as an answer to the question of whether a key character will be returning. DOOL’s executive producer Ken Corday was recently interviewed for the Australia’s Media Week, and he was asked directly about the upcoming time jump and about the possibility of Bo Brady (Peter Reckell) making a return to DOOL.

Fans have long hoped that Bo Brady would eventually make a comeback to the show. Sure, he died on screen back in 2015 of an inoperable brain tumor, but since people on DOOL tend to come back to life pretty readily, some fans has speculated that we could see Bo return, as perhaps he became a patient of Dr. Wilhelm Rolf’s (William Utay) and received the back-from-the-dead serum at some point.

But Ken didn’t indicate any plans to bring Bo back to the show during the interview. About the time jump, which will take place on Friday, November 8, 2019, Ken said the following: “Let’s just say that the Friday cliffhanger is so gobsmacking, we are now trying to figure out how we can possibly top it for our 55th anniversary next year. It’s also a chance to bring back a few characters to the show.”

But when asked directly if Bo would be one of those characters, Ken responded in the negative: “He is happily settled in Indiana and not coming back to Hollywood.” That seems to settle the question of whether we’ll be seeing Bo back on canvas anytime soon, and the answer is clearly no.

Of course, the show hasn’t really given any hints about Bo returning, as it seems the Hope Brady (Kristian Alfonso) has clearly moved on and has other pressing matters to deal with right now. As DOOL viewers know, Hope is currently being turned back into the Princess Gina Von Amberg (Kristian Alfonso) persona by Rolf. That should keep her busy for a while.

Interestingly, Ken was also asked about another rumor that’s been swirling around, which is that Jennifer Aniston will appear with her father John Aniston, who portrays Victor Kiriakis, on his last episode. Ken replied with the following: “He’s not leaving, but we are always talking to Jennifer, so you never know.” So it looks like there may be a better chance of seeing Jennifer Aniston on the show than Bo down the line!

At any rate, it seems that DOOL fans won’t be seeing Bo back on their screens anytime soon. Are you disappointed by the news? Stay tuned to DOOL and don’t forget to check CDL often for the latest Days of Our Lives spoilers, updates, and news.