Days of Our Lives Spoilers: Jay Kenneth Johnson’s Comeback Not Confirmed – Philip Kiriakis Return Uncertain – What You Need To Know 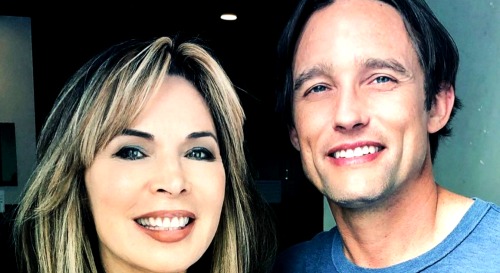 Days of Our Lives (DOOL) spoilers reveal that there’s a lot to look forward to the NBC soap. The coming months will bring several twists, recasts and returns. However, it’s a good idea to be cautious when it comes to the information out there. Sometimes things aren’t always as they seem!

Many Days of Our Lives fans assume Jay Kenneth Johnson is headed back to Salem as Philip Kiriakis. A recent picture of Johnson and his TV mom, Lauren Koslow (Kate Roberts), has been making the rounds on social media. Koslow originally posted the pic on Instagram and stated that she was catching up with Johnson. She told everyone to watch for his upcoming interview, which was the reason for his trip to the studio.

Plenty of viewers got excited and hoped there was more to the story. Of course, there could be at some point. Familiar faces are always floating in and out of Salem, so you never know. At the moment though, there’s no official confirmation on Johnson’s comeback. Reliable DOOL inside sources back up other returns like Brandon Barash (Stefan DiMera), but there’s nothing definitive on Johnson. 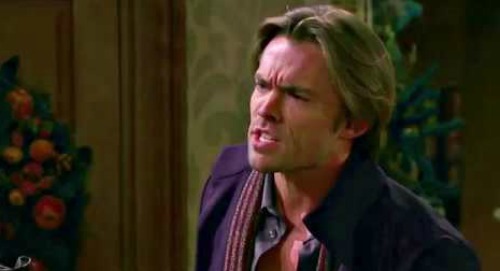 That doesn’t mean Johnson’s return can be ruled out. If the show reached out to Johnson about filming things for the DOOL app, perhaps there have been talks about a full-fledged comeback, too. Days of Our Lives has also branched out with a web series, so are many ways for Johnson to get involved.

Nevertheless, it’s best to tone down the excitement on this return for the time being. As we’ve seen with other returning characters, stuff tends to leak. Days of Our Lives films several months in advance and well…people talk. That’s why it may be telling that there are no solid leaks on Johnson. If it was a sure thing, somebody would be able to say so.

Bottom line, no one can say with certainty that Jay Kenneth Johnson is on set filming scenes again – especially since Koslow herself referenced the interview he was there to tape. Naturally, we can all remain hopeful that Philip will indeed make a comeback down the road. He’s a popular character, especially with Johnson in the role. It’s just wise not to get your hopes up yet!