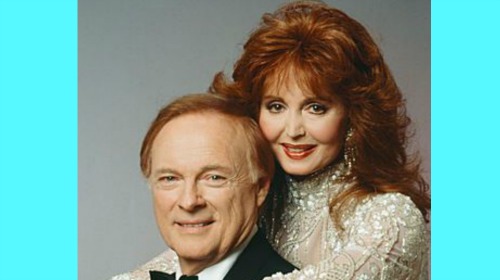 Days of Our Lives (DOOL) spoilers reveal that there’s some sad news to report. The DOOL family is mourning a difficult loss since an original cast member has died. John Clarke, who played Mickey Horton from 1965 to 2004, passed away recently due to complications from pneumonia. The 88-year-old actor had a 39-year-long run on Days of Our Lives, so that’s quite an accomplishment.

Throughout that run, Clarke appeared in 3,085 episodes and earned plenty of fans. Some viewers might recall Clarke’s daughter, Melinda, also had a role on Days. She played Faith Taylor from 1989-1990, so she’s part of the DOOL family, too. Sadly, Clarke had been in poor health in the years following his retirement. He suffered a stroke in 2007, which certainly brought some struggles.

On Twitter, another original cast member spoke out about Clarke and what he meant to her. Days fans will remember Maree Cheatham, who played Marie Horton from 1965-2010. “I was very sorry to hear of John Clarke’s passing,” Cheatham said. “He played my Horton big brother on DAYS OF OUR LIVES. I lift his family up into the healing light of love!”

According to Soap Opera Digest, the show also released a statement on Clarke’s passing: “It is with great sadness that we learn of the passing of our dear friend and original cast member, John Clarke. A beloved member of the Days of our Lives family, John will always hold a special place in our hearts and the hearts of our fans. Our thoughts and prayers are with his family during this difficult time.”

It’s always hard to hear about a beloved soap star passing away, but Clarke had a long life and a great career. As for what’s next in Salem, Days of Our Lives spoilers say the show’s gearing up for its 54th anniversary on November 8. A time jump will honor this significant day in DOOL history, so don’t miss the shockers and shakeups ahead. We’ll give you updates as other Days news comes in. Stay tuned to DOOL and don’t forget to check CDL often for the latest Days of Our Lives spoilers, updates and news.