BY hellodrdavis on July 14, 2019 | Comments: one comment
Related : Days of Our Lives, Soap Opera, Spoiler, Television 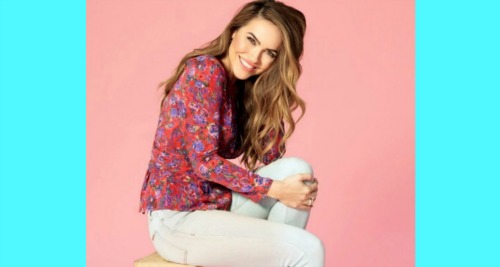 Days of Our Lives (DOOL) spoilers tease that a familiar face will soon be returning. Chrishell Hartley, who portrays Jordan Ridgeway on the NBC soap, recently participated in an Instagram Q&A session with fans, and she confirmed that Jordan will be back on canvas soon.

One of Chrishell’s fans asked whether she was coming back to DOOL, and Chrishell replied, “Jordan is coming back soon! Next month I think…” That’s great news for her fans and for DOOL fans in general.

Last we saw Jordan, she was a patient in Bayview. DOOL viewers will remember that she kidnapped Abigail DiMera (Kate Mansi) and Chad DiMera’s (Billy Flynn) daughter Charlotte DiMera and set a cabin on fire with Ciara Brady (Victoria Konefal) inside. In Jordan’s mind, she was trying to “protect” Charlotte and Ciara from her brother Ben Weston (Robert Scott Wilson).

And after Jordan’s horrific actions landed her in Bayview, she revealed to Rafe Hernandez (Galen Gering) that she had a baby of her own – little David Ridgeway – who was staying with friends of hers in California. Rafe went to get the baby, and he’s been caring for the infant ever since.

It should be interesting to see what happens with Jordan once she returns to canvas next month. Jordan was unusually preoccupied with her brother’s alleged dangerousness, to the point of committing crimes to protect people from him. Perhaps her time in Bayview will have calmed her anxiety about her brother and allowed her to put things into better perspective.

Chances are, she’ll be anxious to get back to her baby and assume caring for him once again. Assuming she gets the all clear from her psychiatrists at Bayview, she’ll surely want to reunite with baby David, but will Rafe be ready to let Jordan back into David’s life? Rafe has grown quite attached to David, and one wonders whether his father-like role will continue once Jordan’s back.

And speaking of fathers, the issue of David’s paternity will likely arise once Jordan is back in action. Thus far, the show hasn’t really addressed who might be David’s biological father, but at some point, the dad could surface and want to stake a claim on his son. Jordan’s been mum about who the dad might be – could it be someone we know?

It will be interesting to watch Rafe’s reaction to Jordan’s return, especially whether he is willing to just hand David over to Jordan after everything she’s been through. Perhaps he’ll invite Jordan to stay at the Hernandez house with the baby for the time being.

At any rate, it will be great to see Chrishell back as Jordan in the coming weeks. Are you looking forward to having Jordan back in Salem? Stay tuned to DOOL and don’t forget to check CDL often for the latest Days of Our Lives spoilers, updates, and news.