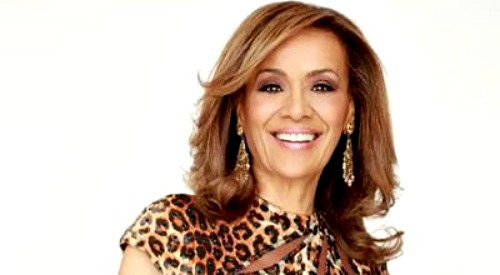 Days of Our Lives (DOOL) spoilers tease that viewers are in for a real treat, as a former DOOL star will be returning to canvas 32 years after originating her role. Marilyn McCoo, who portrayed Tamara Price back in the 1980s, is slated for a return to Salem. Long-time DOOL viewers will remember Tamara as Marlena Evans’ (Deidre Hall) good friend who frequently sang on the show and who dated Abe Carver (James Reynolds).

Tamara was a member of the DOOL cast from 1986-1987, but in 2015, DOOL viewers learned that when Tamara left Salem, she was pregnant with Abe’s daughter Lani Price (Sal Stowers). That came as a shock to Abe, and Lani has remained a key part of the show ever since. Now, Lani and Eli Grant (Lamon Archey) are planning to tie the knot, and Tamara will be returning to Salem to attend her daughter’s wedding.

It looks like Tamara may be attending the wedding with her husband, since Marilyn McCoo’s real-life husband, Billy Davis, Jr., will be making an appearance on DOOL as well. Although it hasn’t been reported exactly what role Billy will play, it makes sense that he’ll probably appear as Tamara’s husband or significant other.

Tamara Price will first appear on Friday, November 1st, as wedding festivities for Lani and Eli kick off. Of course, there could be some big drama at the wedding, since Gabi DiMera (Camila Banus) has suddenly asked Lani to dump Eli at the altar. Lani might need her mother’s support in the event she actually follows through and dumps Eli in the way that Gabi wants, and she could probably use the support in general following her shooting of Stefan DiMera (Brandon Barash).

As you might know, Marilyn McCoo is a famed singer and entertainer. She was the host of the TV show “Solid Gold” from 1980-1987, and she and Billy had their own TV show called “The Marilyn McCoo and Billy Davis, Jr., Show” in 1977. She and Billy are both members of the singing group called The 5th Dimension, and they recently celebrated their 50th wedding anniversary.

Are you looking forward to seeing Lani’s mom Tamara Price back in Salem? Stay tuned to DOOL and don’t forget to check CDL often for the latest Days of Our Lives spoilers, updates, and news.