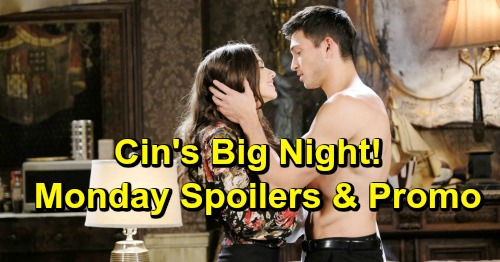 Days of Our Lives (DOOL) spoilers for Monday, April 15, tease that Jack Deveraux (Matthew Ashford) will once again surprise Jennifer Horton (Melissa Reeves). She was taken aback when Jack abruptly stopped his wedding to Eve Donovan (Kassie DePaiva). Everyone will look to Jack for answers about his sudden and shocking move, but his next move will be just as unexpected.

Unfortunately, Jack isn’t going to dump Eve and run straight into Jennifer’s arms. This is a classic soap fake-out, so DOOL fans can expect the nuptials to proceed on Monday. Jack will just have an announcement to make before he ties the knot.

Once the wedding resumes, Days of Our Lives spoilers say Adrienne Kiriakis (Judi Evans) will make one last effort to stop it. It won’t work, so Adrienne will just end up facing Jack’s wrath. He’ll accuse Adrienne of plotting to destroy the ceremony. Jack’s right since Adrienne obviously didn’t offer to officiate out of the kindness in her heart! 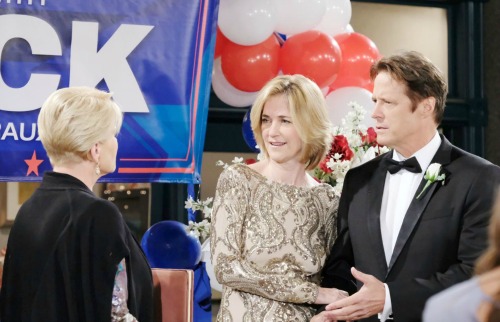 Nevertheless, Jack and Eve will become husband and wife on Monday. They’ll head back to their hotel room and seal the deal by making love. At the loft, Days of Our Lives spoilers say Claire Brady (Olivia Rose Keegan) will have a huge decision to make. She just burst in on Haley Chen’s (Thia Megia) wedding to Tripp Dalton (Lucas Adams), but she’ll bail on her plan to halt it.

Claire may finally realize this would only alienate Tripp. She can’t play the recording and have Haley deported without enraging him, so her boyfriend will officially become Haley’s husband. Tripp and Haley’s marriage certainly won’t be what Claire wants, but she’ll just have to live with it for now.

Other Days spoilers say Ben Weston (Robert Scott Wilson) and Ciara Brady (Victoria Konefal) will get even closer. He just invited Ciara to spend the night at his place, so it won’t be long until things heat up between them. They’ll be ready to move their relationship forward, but a stunning interruption is coming up soon enough.

It sounds like some exciting scenes are on the way. We’ll give you updates as other Days news emerges. Stay tuned to DOOL and don’t forget to check CDL often for the latest Days of Our Lives spoilers, updates and news.