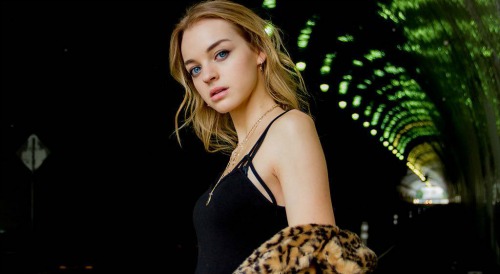 Days of Our Lives (DOOL) spoilers has some great news to pass on about a DOOL star. Olivia Rose Keegan, who portrayed Claire Brady on the NBC soap, has landed a new job with an exciting primetime role.

As you may remember, Olivia departed DOOL several weeks ago, but her character Claire has been seen recently in a couple of hallucinations experienced by Haley Chen (Thia Megia), which was a nice treat for viewers.

Olivia’s new role is on the CW sports drama “All American.” The show is inspired by the life of football player Spencer Paysinger, and its official tagline reads: “When a star high school football player from South Central is recruited to play for Beverly Hills High School, two separate worlds collide.”

The series is set to begin its second season on October 7, 2019. The series stars Daniel Ezra in the lead role of “Spencer James” (based on Spencer Paysinger) and also stars Bre-Z, Taye Diggs, and Samantha Logan.

There’s no word yet on what role Olivia will be portraying on “All American,” but we do know that she’ll appear in Episode 2 of Season 2, which is currently set to air on October 14, 2019.

Given the nature of “All American” as a sports drama, viewers can probably expect to see Olivia in a very different role from that of Claire Brady. Chances are, her character won’t be a fire starter who’s out for revenge on those who have wronged her! It will be fun to see Olivia in a different kind of role, and we bet that Olivia had a great time with her character, too.

Will you be tuning in to see Olivia in “All American?” Stay tuned to DOOL and don’t forget to check CDL often for the latest Days of Our Lives spoilers, updates, and news.