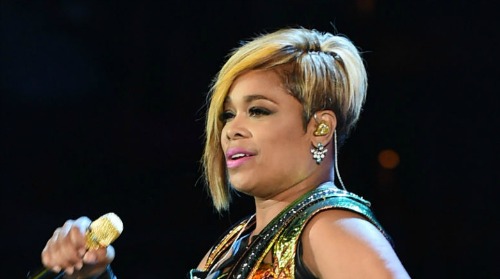 Days of Our Lives (DOOL) spoilers has some great news to pass on about a big return to the show. Tionne “T-Boz” Watkins, who portrayed Sheila Watkins on the NBC soap, is coming back to DOOL. Viewers last saw Sheila in May of this year, and she’s scheduled to return to canvas in early 2020.

DOOL viewers will remember that Sheila left town during the mayoral race, back when a still-amnesiac Jack Deveraux (Matthew Ashford) was running for mayor against the incumbent Abe Carver (James Reynolds). Abe and Sheila had gone through a period of brief attraction to each other, then Sheila decided to test whether they’d be compatible by kissing Abe in the middle of Town Square.

As it turns out, neither Sheila nor Abe felt a spark during the kiss, so they decided to just let the matter drop and go on with life. But little did they know that Jack had an operative watching from afar and taking a picture of their kiss. Jack then held onto the picture until the next mayoral debate, when he displayed the kiss for all to see on the big screen in Town Square.

Jack made a huge deal about the kiss, portraying Abe as someone who was having a tawdry affair with his assistant. It was a big ordeal and caused Abe some major embarrassment, as well as serious problems in his relationship with Valerie Grant (Vanessa A. Williams). Valerie ended up leaving Abe after the kiss was revealed and Sheila was horrified.

After all of this, Sheila decided that it was time for her to leave Salem. She didn’t want her presence to be a distraction for Abe’s campaign, and she figured that he was better off without her around. Abe protested, but Sheila left, and she hasn’t been seen or heard from since.

Of course, given the DOOL time jump that occurs on Friday, November 8th, with storylines advancing by one year, that means that Sheila will have been away from Salem for quite some time once she returns in early 2020. What will bring her back? She could return to help her childhood friend Eli Grant (Lamon Archey) through a difficult time, or perhaps she’ll just return to catch up with Abe now that some time has passed since their kiss scandal.

At any rate, it will be great to see Sheila back in action in Salem. Are you looking forward to Sheila’s return to the show? Stay tuned to DOOL and don’t forget to check CDL often for the latest Days of Our Lives spoilers, updates, and news.