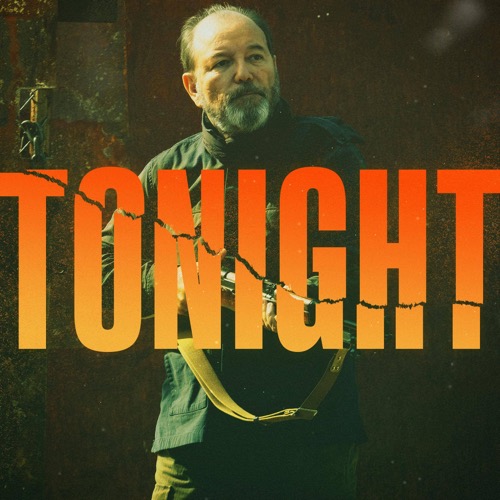 On AMC tonight Fear The Walking Dead (FTWD) airs with an all-new Sunday, June 9, 2019, episode 2and we have your Fear The Walking Dead Recap below! On tonight’s FTWD season 5 episode 2 called, “The Hurt That Will Happen,” as per the AMC synopsis, “Morgan and Alicia meet a survivor and learn of a grave new walker threat; the mission is put to the test when one of their own goes missing; Strand makes contact.”

Victor does a recording with Al’s equipment, he starts off by saying if someone is watching it, then he probably didn’t make it. He says, “Sarah, Wendell, Charlie, I hope you do what I couldn’t, but please know that I tried.” Victoria heads out, finishes a bear and tosses the bottle on the ground. He happens upon a kitten, the same time as a walker. He puts his hands up and tells Daniel if they can just take a breath, a truce. Daniel says he still talks too much and tells him to turn around slowly. Daniel asks, if Victor knew he was there, then why is he there. Victor admits that they parted under difficult circumstances but things have changed. Daniel invites him inside his compound.

John is alone, he radios Alicia; they meet up and soon hear Morgan calling for them. Whoever took Al, took all the weapons and the ammo. Morgan says they probably have a vehicle, Alicia says they should grab whatever they can and get going. A few walkers show up and Alicia takes care of them.

June is with Luciana who says she can’t feel her fingers; June says it is normal to consider the entry point of the bar. Luciana wants to know if she would ever be able to play the accordion, June tells her to rest. John walks in and tells them no sign of Al, just some supplies. He tells them that Alicia and Morgan are headed north.

Morgan and Alicia arrive at 31 north and it is blocked. Alicia blames herself for everything gone wrong, Morgan reminds her that everyone was on board and everyone got in the plane together. They see a truck and go over to it, it’s warm. They know someone is around, they go looking for them; they separate and start looking around. Morgan finds a cage with two crows hanging from a tree, there are walkers and Morgan falls down with one and is almost a goner when someone in a suit, covering their whole body, shoots the walker and then points the gun at Morgan and tells him to take all his clothes off. Alicia shows up and hits the stranger, knocks her down and saves Morgan.

The girl tells them that there are two pressurized water reactors, 13 miles north of there. The cooling system failed in one, it got knocked down last year and a lot of people tried to keep it humming. There are dangerous chemicals that have gotten out, this is why her people are wearing masks, and Morgan was in contact with the walker that is dead beside them, she says that Morgan may be contaminated and has to be decontaminated. She says she can show them how to do that, back in her truck. Her name is Grace, Morgan asks if she is telling the truth, she says yes. Morgan tells Alicia to let her go. Morgan takes his clothes off, there is a shower attached to her truck. Grace tells Alicia that she should wash as well, when their plane came down there were a lot of walkers and she could have gotten contaminated.

John radios Alicia and tells her there truck stopped and they are going to have to walk, Alicia warns him and June about the walkers that are contaminated.

John and June are walking and happen upon some cabins. June goes to take a closer look and realizes there are walkers inside.

Victor is with Daniel, he tries to radio others. Victor apologizes to Daniel for shooting him in the face and says he is not the same man. Victor says that he has done terrible things, things he may not be able to make up for, but he is trying and hopes that he can believe that.

Grace, Morgan, and Alicia are together when they see lots of walkers. Grace tells them to get out of there, but Alicia being who she is, starts killing them without taking precautions to see if they are contaminated. All the walkers are dead, Grace tells her that she could have been contaminated and she has no more water in her tank to decontaminate her. Grace says that she worked at the plant, once the cities fell, they didn’t need the power they were making. There were 63 people left and she couldn’t take care of them.

John radios Alicia and he says they may have found a lot of those contaminated walkers. They arrive where John and June are; show them the cabins filled with walkers.

Luciana tries to reach out to Victor over the radio, she reaches him. She tells him that she has been wounded, and can’t stay there for long. All of a sudden Luciana hears noises and her radio connection with Victor is lost. Luciana heads outside to see what caused the noise, she calls out, but nobody answers.

Luciana radios June and John, tells them she heard from Victor and he is getting a plane to help them. June tells her to get back inside and lock the doors. All of a sudden, Luciana sees walkers coming towards her, she tries to shoot some but has trouble holding the gun. She gets inside and locks the door, the walkers are all outside and banging on the door.

Morgan goes to check on Alicia. They talk about killing the walkers and about surviving. Morgan tells her that there is always a door to open, that is the way out. He says he found a way out, he opened the door and his life started all over again, and hers will too.

June, John, Alicia, and Morgan arrive back at Luciana and find that all the walkers that were after her have been beheaded and are hanging up; somebody knows they are there.

Daniel tells Victor that he is not giving him the plane because every time he tries to help people, he hurts people. Daniel lets out two gunshots and escorts Victor out of his area and tells him that if he returns, the next gunshot will be in his face.