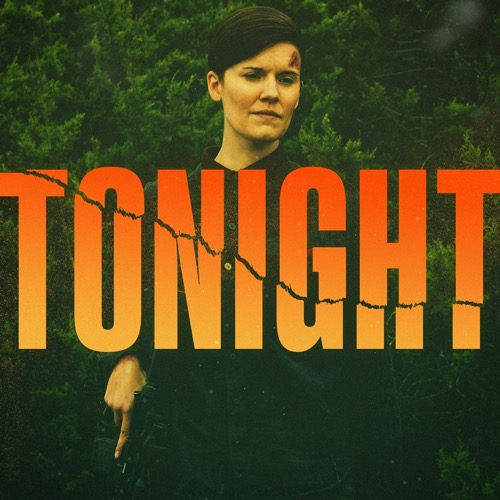 On AMC tonight Fear The Walking Dead (FTWD) airs with an all-new Sunday, June 30, 2019, episode and we have your Fear The Walking Dead Recap below! On tonight’s FTWD season 5 episode 5 called, “The End of Everything,” as per the AMC synopsis, “Althea chases a story with dogged determination, putting the mission, and her life in danger.”

Al comes to with her wrists bound. She runs in the dark from the person with a rifle and gear on, hiding their identity. She loses a boot and falls but manages to escape. She comes to an opening. Walkers come out of the trees. The person with the rifle shoots some of the walkers before taking her down to the ground. Al kicks off their helmet. Its a woman. She asks for the camera.

Al is in a car in a field. Her wrists are tied still. She opens the door with her feet, calling a walker to her. She grabs the barbed wire off of him and uses it to cut the rope around her wrists. She heads out to find a helicopter, the same one Morgan and Alicia saw. She radios to them when the woman returns with a gun. She points it at Al while answering her team over the radio. They are sending a reclamation team. She wants the tape from Al but Al isn’t giving it up until she hears her story. The woman finally backs down and agrees to go with Al to get fuel in the mountains.

On their way up the mountain, they stop for walkers in the road. The woman gives Al her coat that will protect her from being a bit. Al reluctantly puts it on. As they take out the walkers, rocks roll down the hill and take out their vehicle. Al runs to grab her camera and gets bit but the jacket protects her. The woman grabs her bag and finds the tape, but its the wrong one. She watches it. It is of Al hiding out from crossfire between the Army and National Guard. Al asks her why she killed her partner. Neither one of them is looking to talk.

Al and the woman stop and go through some vehicles. They decide to make camp there and head out in the morning. In the dark of the tent they talk to. The woman admits she killed her partner because she was going her job.

They are on the bottom of a mountainside. The woman begins to climb up with AL under her. She tells Al they need to be a team or they will be dead. They slowly climb tied to one another with their harness’ on. They make it to the top after a very close call. At the top, the woman tells Al about their supply runs to help purify water. Al wants to know more knowing the woman will have to kill her.

Once they make it to the supplies, Al takes the woman’s gun. She plans to take the L3 too until the woman says she will talk for the tape. They sit and talk around a fire. The woman shares that they are working towards something bigger, that there is a secret location, the future. She can’t say much more. Al gives her the tape. The woman burns it in the fire. They share a beer and talk with the agreement that they are back at it when the sun comes up.

The next morning, Al gives the woman her tape. She lights it on fire. She tells Al to turn around and puts a gun to her head. Al turns to give her a tape. She wants the story to live on. Al turns back around but the woman doesn’t shoot. She tells Al she hopes she makes it out with her friends. Her name is Isabelle. She kisses Al before they part, going their separate ways. Isabelle takes off in her helicopter. Al radios to Morgan.

Al meets up with Morgan and Alicia. She tells them she followed a walker and that was it.