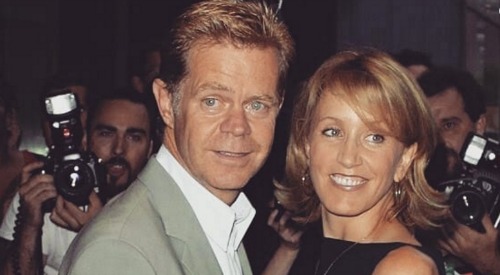 Two Hollywood actresses have been charged in an alleged college cheating scam. Full House actress Lori Loughlin and Felicity Huffman of Desperate Housewives fame are among 40 people who are being accused of carrying out a conspiracy to help get their children into some of the biggest universities in the nation.

A federal indictment says that college administrators helped students get into their school as recruited athletes, even though they didn’t play any sports. Both Loughlin and Huffman are facing charges of conspiracy to commit mail fraud and honest services mail fraud.

According to Page Six, Huffman along with her husband William H. Macy allegedly made a charitable contribution in the amount of $15,000 in order to help secure a spot for one of their daughters into her school of choice. It’s been reported that Macy and Huffman also made similar arrangements with a recruit for their other daughter but backed out at the last minute.

Loughlin, meanwhile, agreed to pay about $500,000 in exchange for having both of her daughters designated as recruits to the University of Southern California crew team, even though they’ve never played the sport before. Huffman was released on $250,ooo bail bond and forced to surrender her passport.

The actress was arrested near her Los Angeles home early on Tuesday morning, March 12. The feds on the case say they have recorded telephone calls of the actress and are cooperating with a witness. Authorities also say they have emails from Loughlin that prove their charges.

Most of the indictment revolves around a man named William Rick Singer, who is the owner of a for-profit college counseling business. He allegedly paid college coaches to help recruit high school kids to be a part of their sports team even though they knew the prospective college student was not a competitive player.

Others involved in the scam include athletic coaches from Yale, Stanford, Wake Forest and Georgetown Universities. Federal prosecutors note that in addition to Loughlin and Huffman, many parents and exam administrators are accused of committing the crimes between 2011 and 2019.

So far representatives for both actresses have not made any additional comments about the report. In the meantime, don’t forget to check back with CDL for all the latest news and updates on your favorite celebrities right here.

When you’ve been married for 100 years it’s all a beautiful throwback. ❤️
My partner in crime since we met @WilliamHMacy. #TBT pic.twitter.com/XMOgCj09Rl