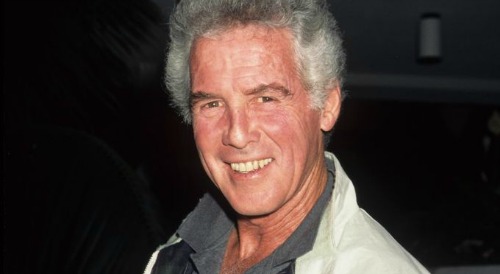 General Hospital (GH) spoilers sadly announce that veteran soaps actor Jed Allan is dead – known for his roles in “The Secret Storm”, “Love of Life”, “Days of Our Lives”, “Port Charles”, “General Hospital”, and “Santa Barbara”, as well as other primetime roles, passed away peacefully at the age of 84 surrounded by friends and family, confirmed by his son Rick Brown on Facebook.

Jed Allan’s more recent roles include the third Edward Quartermaine on both “General Hospital” and its spinoff “Port Charles” from 2004-2006, and the fourth C.C. Capwell on “Santa Barbara” between 1986-1993. On GH, he replaced John Ingle as Edward Quartermaine when he opted to take a role as a recast Mickey Horton on “Days of Our Lives.”

That was until Ingle was replaced by Kevin Dobson as Mickey, and returned to GH as Edward. On “Santa Barbara”, he played Channing Creighton Capwell, better known as C.C., a wealthy businessman and the town’s patriarch, and is probably the best known version of C.C. He played C.C. until the show went off the air in 1993.

However, Jed was probably best known and remembered for his portrayal of Don Craig on “Days of Our Lives” from 1971-1985, where he was Dr. Marlena Evans’ (Deidre Hall) first love interest and father of their son Don Jr, who died in one of the first soap opera storylines about Sudden Infant Death Syndrome, otherwise known as SIDS.

Jed Allan will sorely be missed and we offer our sincere condolences to his family and friends. As always, keep checking CDL for all your Soap Opera spoilers, news and updates!