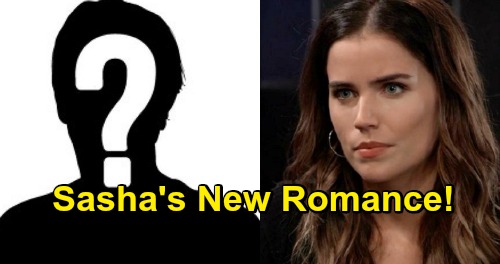 General Hospital (GH) spoilers tease that Sasha Gilmore (Sofia Mattsson) is headed back to Port Charles, but her return won’t be pleasant for everyone. Valentin Cassadine (James Patrick Stuart) could only smile and nod when Nina Reeves (Michelle Stafford) requested a visit with her daughter. He wants to make Nina happy, but he understands that he’ll be bringing a huge wildcard back into the picture.

Sasha has cooperative for the most part, but she can’t be trusted. Her presence alone will be enough to leave Valentin on edge, but he’ll have to make the best of it. GH fans will be eager to see all the trouble Sasha stirs up. Let’s take a look at three Sasha bombshells that’ll come out of this fun comeback.

General Hospital viewers will recall that Sasha met Charlotte Cassadine (Scarlett Fernandez) and thought she was a sweet kid. However, Sasha wanted to get out of town instead of letting herself get too close to the situation. After Kiki Jerome’s (Hayley Erin) murder, Sasha was pretty shaken up. Even though Kiki wasn’t her real sister, the news hit Sasha hard and led to her getting out of Valentine’s hair.

Of course, things will be different this time around. General Hospital spoilers say Sasha will start to connect with Charlotte, which should fill Nina’s heart with joy. She’ll love that her “daughter” and (almost) stepdaughter are growing closer. The more Sasha bonds with her “family,” the greater the risk will be. You can bet the guilt will rev up and that could spell disaster for Valentin!

2. Sasha is drawn to struggling Griffin

Sasha was quite interested in Dr. Griffin Munro (Matt Cohen) before she found out he was in a serious relationship with Kiki. Ava Jerome (Maura West) made a mess of things by drugging Sasha and making it look like she slept with Griffin, but he didn’t blame Sasha for that. He was sympathetic and understood that Sasha was a victim, too.

Now that Kiki’s dead and Griffin’s struggling, Sasha will want to reach out. General Hospital spoilers say she’ll worry when she sees how low Griffin has sunk. Could Sasha be what Griffin needs to climb out of this dark hole? Will Sasha’s secret change the game if they kick off a romance? It sounds like love is going to get incredibly complicated in Port Charles.

General Hospital spoilers state that Sasha will nudge Nina toward happiness with Valentin. He may offer a hefty bonus for singing his praises. Unfortunately, that guilt we mentioned could come into play later. Valentin recently mentioned the idea of marrying Nina again, so we could be building toward a derailed wedding. It’s easy to imagine Sasha being the one to object! Perhaps she just won’t be able to take it anymore.

Whatever the case, General Hospital spoilers say Sasha’s return will lead to the drama we’ve all been waiting for. When Valentin least expects it, a truth bomb will drop. Nina will learn that Sasha’s a phony one way or another, so be prepared for some explosive confrontations.

It sounds like GH viewers will be treated to some great material for February sweeps. We’ll give you updates as other details emerge. Stick with the ABC soap and don’t forget to check CDL often for the latest General Hospital spoilers, updates and news.