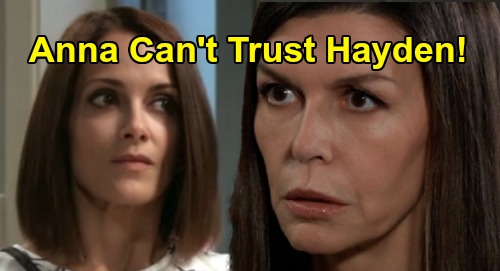 General Hospital (GH) spoilers reveal that there’s some comings and goings news to pass along. First, let’s talk about some big returns. New GH spoilers have been released about some crucial characters we haven’t seen in a while, so we should address some of those and see what the future holds.

For starters, Curtis Ashford (Donnell Turner) and Jordan Ashford (Briana Nicole Henry) will give someone a warm welcome home on November 19. Stella Henry (Vernee Watson) will have some updates to pass along in the next episode, so it seems she’ll be on the receiving end of this warm welcome. GH spoilers say Stella will fill Jordan and Curtis in on her recent trip, which was surely quite an adventure.

Stella will also have some news about Mike Corbin (Max Gail), who “married” Yvonne Godfrey (Janet Hubert) a while back. She may get in touch with Sonny Corinthos (Maurice Benard) about that. It’s been tough for Sonny to watch his dad slip away, but Mike still has good days and bad days. Sadly, the bad days are only going to get more frequent from here.

New General Hospital spoilers featuring Anna Devane (Finola Hughes) have been released as well. November 20 will bring some serious suspicions from Anna. She should be back before that airdate, but it seems that’s when the story will really heat up. Anna won’t feel like Hayden Barnes (Rebecca Budig) can be trusted, so that could lead to some clashing with Hamilton Finn (Michael Easton).

Finn will make a firm commitment to being in Violet Barnes’ (Jophielle Love) life, which means he’ll be tied to Hayden whether she can be trusted or not! That’s something Anna will have to accept, but it could be difficult – especially if Robert Scorpio (Tristan Rogers) is filling her head with doubts.

Other General Hospital spoilers say a Ned Quartemaine (Wally Kurth) sighting is finally coming up. Ned hasn’t been around much, and that’s partly due to his contract role as Justin Kiriakis on Days of Our Lives. However, Ned will remain in Port Charles and will get wrapped up in some drama. Look for Ned to appear again on November 18 and November 19.

It turns out Ned will suspect someone’s up to something, but who and what’s this about? Time will tell, but it’s good that Ned will be included again. Olivia Quartermaine (Lisa LoCicero) will also join Ned in seeking Michael Corinthos’ (Chad Duell) support, so it’ll be interesting to see what project or challenge they’re tackling.

These underutilized GH characters are about to get back in the action! We’ll give you updates as other news comes in. Stay tuned to the ABC soap and don’t forget to check CDL often for the latest General Hospital spoilers, updates and news.