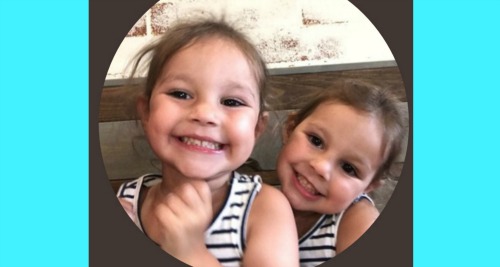 General Hospital (GH) spoilers reveal that a couple of ABC soap stars have scored a new role. GH fans know Ava and Grace Scarola as Avery Corinthos. These adorable twins are certainly scene-stealers, so we always look forward to Avery’s fun episodes. However, the Scarola sisters have a primetime role in the works – and it has a surprising connection to their former soap brother.

If you haven’t heard the news or seen the show’s many promos, Bryan Craig (ex-Morgan Corinthos) landed on ABC’s Grand Hotel as Javi Mendoza. It turns out Ava and Grace will also play a character on this hot drama series. They’ll portray “Young Alicia” according to the episode 11 description on IMDb, so that should mean a younger version of Alicia Mendoza (Denyse Tontz).

Grand Hotel has plenty of soapy twists and turns, so it’s perfect for daytime drama fans who need another primetime offering. Due to Craig’s involvement, many General Hospital fans have been tuning in and seem to be enjoying his work. Grand Hotel’s Javi has a devious side, so Craig has a chance to show off some nice range and bring some heat.

On Twitter, plenty of users had kind words for Craig and his portrayal. “Bryan we are just loving bad boy Javi,” one viewer said. “You are our bad boy #Gh Morgan that came back to life and is now living large on #GrandHotel.” Another fan tweeted, “#GrandHotel is definitely the right show for Bryan Craig.”

“In case any of my daytime soap folks missed it – the time to catch up on #GrandHotel is *now* yo,” said one more excited watcher. “Bryan Craig is stellar playing Javi.” It’s great that Craig’s found the ideal fit. As for the Scarola twins, it looks like this is a one-episode gig so far. Of course, Ava and Grace will hopefully keep at it on GH as well. You never know with all the SORASing happening lately!

So next week may be a really BIG episode for me OR I may be dead…….. @GrandHotelABC #GrandHotel

We are seriously feeling like we could float away with excitement!! 🎈🎈
•
We found out today that we booked a co-starring role on a new drama for CBS. Thank you for your support and guidance @Crackerjack_Mgt and… https://t.co/PEnZ60YkHy