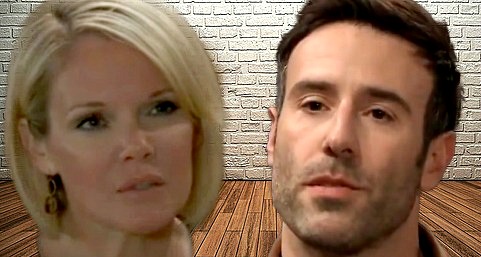 General Hospital (GH) spoilers tease that Shiloh Archer (Coby Ryan McLaughlin) could stick around for a while. He’s currently cozying up to Sam McCall (Kelly Monaco), who’s doing her best to play him. Sam wants Shiloh to believe she’s done with Jason Morgan (Steve Burton), but she’s already had some close calls. If GH wants us to buy Shiloh as a smart villain, he’s surely suspicious by now.

Shiloh will keep reeling Kristina Corinthos-Davis (Lexi Ainsworth) in as well, so there’s another sinister angle. He’s also got some buried secrets, which he apparently confessed to Drew Cain (Billy Miller) once upon a time. All signs point to Shiloh being a very dangerous man, but that doesn’t mean he won’t remain in Port Charles and become a viable love interest for someone.

There’s a lid for every pot, even the ones that’ve been burned and burned others. Valentin Cassadine (James Patrick Stuart) is a villain who’s been toned down enough to have a love story with Nina Reeves (Michelle Stafford). Their romance is set to explode over the fake daughter scheme, but we have faith they may work it out. Nina and Valentin tend to overcome their obstacles eventually.

Shiloh’s character will likely get worse before he gets better, but maybe this is more complicated than anyone realizes. There could be more pain in his past that’ll explain his behavior. GH may not go so far down the villain route that Shiloh can never recover.

Since General Hospital spoilers say Shiloh could have a longer future in PC than anticipated, perhaps they’ll redeem a bit down the road. They could at least let him find love with someone just as damaged. Ava Jerome (Maura West) might be a good fit here.

She’ll soon realize her perfect man is the serial killer who murdered her daughter. Any partner after Ryan Chamberlain (Jon Lindstrom) will be a step up!

There’s no official word yet on Ryan’s exit, but nothing would be more satisfying than death at Ava’s hands. Ryan assured Ava that he’d ease her grief and suggested he’d die to keep that promise. Ava just might seek deadly revenge. She could take comfort in making Ryan suffer like Kiki Jerome (Hayley Erin) suffered.

That’s the kind of thing Shiloh might be impressed by. Don’t let that peace, love and harmony act fool you. There’s some darkness in Shiloh, so Ava might connect with him. Her soul should sink back into darkness once she realizes she brought Ryan into Kiki’s life. Meanwhile, Shiloh may drop his nice guy charade and let his true colors shine through for the stories ahead.

Ava may not even care about her own fate anymore. She’d be willing to risk getting involved with a guy like Shiloh. Why not when you’ve lost everything? Ava and Shiloh might have some interesting chemistry, so it’d be worth exploring.