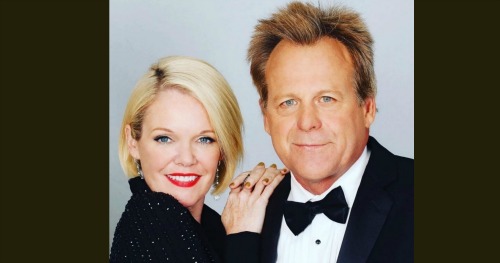 General Hospital (GH) spoilers tease that Ava Jerome (Maura West) will hold out hope for what she wants. She’s rooting for Ryan Chamberlain (Jon Lindstrom) to die at GH, but she intends to be prepared if he doesn’t. Julian Jerome (William deVry) convinced Ava that pleading guilty would only let Ryan win.

If Ryan survives, Ava needs to be a free woman so she can finish the job next time. That’s why she changed her mind and told Scott Baldwin (Kin Shriner) to move forward with a not guilty plea. However, it’s clear that revenge won’t truly satisfy Ava. She believes taking justice into her own hands is only answer, but Ryan’s demise would only brief temporary relief.

Whether Ryan lives or dies the death he deserves, it won’t bring Kiki Jerome (Hayley Erin) back. Ava wasn’t on good terms with her daughter when she passed away. That’s made all of this even tougher. Of course, the fact that Ava was sleeping with the enemy was the worst part.

Ryan loved Ava for who she was and accepted all her flaws. Finding out he murdered Kiki was a devastating blow, so Ava was torn apart in so many ways. She doesn’t think she can ever find someone who will love her like she’s meant to be loved – at least not while actually being a decent guy.

Nevertheless, we can’t help but notice that love might be staring Ava in the face. It was right in front of her at the police station when Scott begged Ava to listen to him. Scott insisted that Ava mattered to him. He promised he was never going to give up on Ava, even if she gives up on herself.

Ava seemed touched by Scott’s words, but why aren’t they taking this out of the friendzone? Plenty of General Hospital fans are wondering that on Twitter. One viewer tweeted, “Ava honey.. Scott is your soulmate!” Another one said, “Awww Scott so sweet to Ava. Ava better open her eyes and give Scott a chance.” “Just put Ava and Scott together already,” said one more frustrated fan.

Scott is just the kind of man Ava needs, especially since she’s in such a dark vulnerable place. He’s not someone who would judge Ava quite like Dr. Griffin Munro (Matt Cohen) would, but he’s also not a deranged serial killer…so points for that!

Plus, Scott and Ava are pretty adorable when they share scenes. She had a little sparkle in her eye when she suggested Scott shouldn’t just stand there looking good. We could get used to this fun chemistry between them!