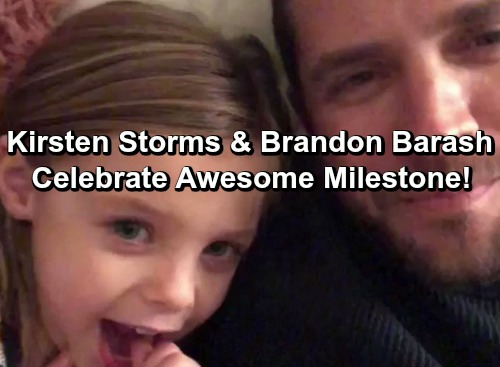 General Hospital (GH) spoilers reveal that a current GH star and a GH alum have something special to celebrate. Fans know Kirsten Storms as the feisty and lovable Maxie West (Kirsten Storms) in Port Charles. Viewers will also remember Brandon Barash as Johnny Zacchara. Storms and Barash are exes in real life, but they remain great co-parents to the beautiful daughter they have together.

Their little girl is certainly growing up fast because she just passed a huge milestone. Barash and Storms have both been posting on social media about Harper Rose and her latest birthday. She just turned five years old, so they’ve been thrilled to share the celebration with fans and let everyone join in the fun.

On Instagram, Barash put up an adorable video of himself with Harper (see below). He chatted with the kiddo about her big day and her ultimate birthday wish. Barash also posted a sweet message to go along with the vid. “Not sure how this courageous, compassionate, free-thinking, problem-solving, radiant being is already five, but she is,” Barash said. “I’ve said it before…she makes me a better man.” 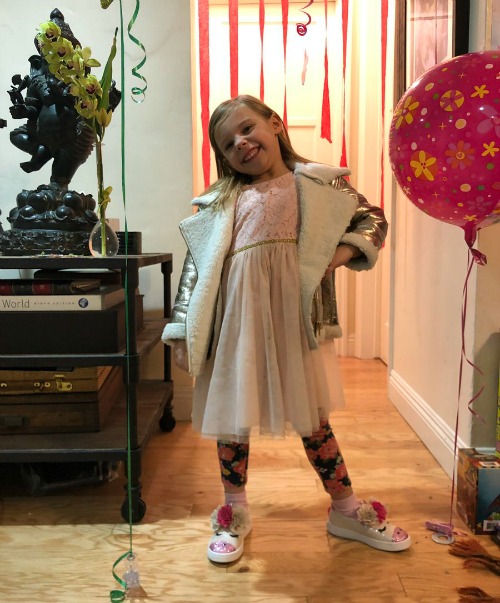 Of course, Storms also wanted to share the birthday love with her fans. She posted a fun pic of Harper playing with her new toys along with a few words about this significant day. “I can’t believe my baby is 5 years old today,” Storms said. Time flies when it comes to raising kids, especially in those first few years! Barash and Storms are clearly loving every second of joy their adored daughter brings.

It’s nice that Harper’s surrounded by so much love and support from her family. She undoubtedly feeling extra special as she joins the five-year-old club and kicks off another exciting year. Storms and Barash have an exciting year ahead, too. General Hospital spoilers say Maxie’s got some fantastic material brewing in PC, so Storms should get some good scenes out of it.

As for Barash, his temporary gig as Stefan DiMera on Days of Our Lives has turned into a permanent one. He replaced Tyler Christopher in the role, but he hasn’t debuted yet due to DOOL’s advance taping schedule. Barash’s Stefan will pop up down the road, so that’s something both Days and even some curious GH fans can look forward to.

It sounds like some thrilling developments are going on in Harper’s family! We’ll give you updates as other General Hospital news comes in. Stay tuned to the ABC soap and don’t forget to check CDL often for the latest General Hospital spoilers, updates and news.

Been meaning to post this all day, but chose to be present with my present. Not sure how this courageous, compassionate, free-thinking, problem-solving, radiant being is already 5. She makes me a better man. Happy #5, BooBear. #birthday #happy #five #daddy #daughter #love #family pic.twitter.com/FCXWZujNtT