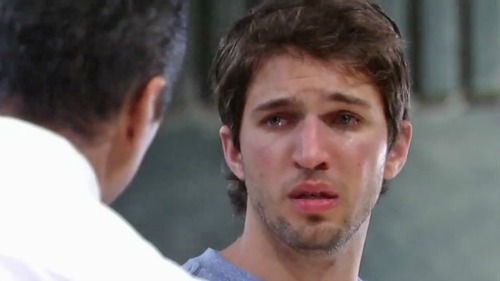 General Hospital (GH) spoilers has some great news to pass on about a former GH star. Bryan Craig, who portrayed Morgan Corinthos on the ABC soap, will soon be starring in a new indie movie. Deadline is reporting that Bryan is currently filming Women Is Losers, directed by Lissette Feliciano.

According to Deadline, Women is Losers is about “a young Latina whose promising future is cut short with an unexpected pregnancy during the mid 1970s in San Francisco and against all odds fights her way to become a successful landowner.”

Bryan will play the role of “Mateo” in the film, and he’ll work opposite Lorenza Izzo, who will play the lead role of “Celina.” Also appearing in the movie is Steven Bauer, who you may remember from Scarface, Traffic, and Primal Fear.

Bryan took to Instagram to share the news about his appearance in Women Is Losers. He posted the link to the Deadline story along with the following caption: “I think you all will love this one.” His followers have responded with enthusiasm to his post, with most offering congratulations and well-wishes for his accomplishment. Bryan has even replied in thanks to many of his fans’ comments, which is great.

Of course, this will not be the first project that Bryan has participated in since leaving GH. He also has a new ABC primetime series that will premiere on Monday, June 17, called Grand Hotel. The series is produced by Eva Longoria (Isabella Brana on Y&R) and takes place in a Miami Beach hotel. The drama centers around the family who owns the hotel and the staff who run it, and Bryan will play the role of “Javi.”

Bryan will also be appearing in another TV series this year that’s currently in pre-production called NARC. The series is about the first woman to lead the LAPD narcotics division who is looking for her brother, who has been kidnapped by a Mexican drug cartel. Bryan will play the role of Detective Cody Harris in the series.

This is all great news for Bryan Craig fans. Although many fans would like him to return to GH in the role of Morgan, there will nevertheless be multiple opportunities to see him in action on screen very soon. Are you looking forward to seeing Bryan in Women Is Losers and his other ventures? Stay tuned to the ABC soap and don’t forget to check CDL often for the latest General Hospital spoilers, updates, and news.

I think you all will love this one ;)