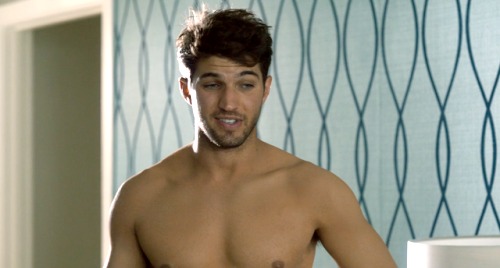 General Hospital (GH) spoilers reveal that one ABC soap star is spreading the word and hoping for the best. Bryan Craig may not be making waves as Morgan Corinthos in Port Charles anymore, but he’s earned plenty of fans as Javi Mendoza on Grand Hotel. Unfortunately, Grand Hotel’s first season hasn’t quite garnered the ratings needed to secure a second season renewal just yet.

A decision won’t be made until the end of Grand Hotel’s first summer run, but Craig knows fan support is crucial. That’s undoubtedly why he sent out a tweet of gratitude recently and promoted an article about the fight to save Grand Hotel. He shared a link to a post on Marieclaire.com, which was all about fans clamoring for the show’s renewal.

“You guys are awesome,” Craig tweeted. He’s keeping the word of mouth going and hoping it’ll translate to higher ratings, which are essential if Grand Hotel hopes to make it. Craig also featured the fan fight in a recent Instagram story, so he’s certainly doing his part to keep his role alive.

Many General Hospital viewers became interested in Grand Hotel through Craig and the show’s soapy twists. Although the ratings aren’t where the network would like them to be, the fanbase is loyal and passionate. One devoted watcher said, “Bryan we are working overtime to get #GrandHotel renewed!!!” She added, “It’s the best Monday night prime time show !!!”

Another viewer tweeted, “Best summer drama every week leaves me excited and looking forward to the next episode.” Speaking of the next episode, the GH alum kept his promotion efforts going strong by sharing a fun preview clip on Instagram. It involves a disappearance, a death, a cover-up and the shocking mystery of what happened in room 606.

“This is my favorite episode of the season this coming Monday, Episode 112,” Craig said in his post. It sounds like a wild ride that fans will want to tune in for, especially if they want to get those numbers up for a renewal!

You guys are awesome https://t.co/EkeIcbuQxl

This is my favorite episode of the season this coming Monday, Episode 112 . @grandhotelabc @abcnetwork