General Hospital Spoilers: Chase and Willow, Can We Please Have One Happy GH Couple? 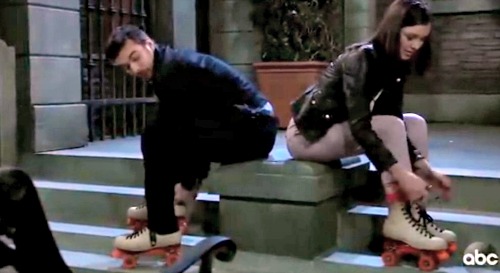 General Hospital (GH) spoilers say Willow Tait (Katelyn MacMullen) and Harrison Chase (Josh Swickard) are getting closer and could be in an intimate relationship soon. Will Willow and Chase have a happy relationship or will they be torn apart like every other happy couple onscreen have been?

Willow And Chase Got Off To A Rough Start

When General Hospital’s Chase first met Willow, she was sitting in a no parking zone and thought he was crazy for approaching her. Chase tried to help Willow by trying to find out what was wrong and she pulled further away. Finally, Willow realizes she could trust Chase, and now he knows some of her most intimate secrets about her life with DOD and Shiloh Archer (Coby Ryan McLaughlin). Willow trusts Chase and they have become very close, but Shiloh wants her back.

Willow Wants To Protect “Her Child”

General Hospital’s Willow believes that Wiley Cooper-Jones (Eric and Theodore ?) is her son with Shiloh and she is determined to protect him. Shiloh doesn’t know about the baby at this point, but Willow could be forced back into the cult if it meant protecting the baby. If Willow does this then, of course, Willow and Chase’s romance will be sidetracked for the sake of a child that Willow only thinks is hers.

The Truth Will Come Out

Secrets have a way of coming out and eventually “Wiley’s” true paternity will be revealed. When it is discovered that Michael Corinthos is Wiley’s father, Willow will be broken hearted that her child is dead. Brad Cooper (Parry Shen) has allowed Willow to bond with Jonah so this will be a bombshell for her. Willow will go through the grieving process all over again, and Chase will be there to pick up the pieces of her newly shattered life.

Willow didn’t get to know her son, but General Hospital writers could give her a happy ending by allowing Willow and Chase to fall in love and have a child together. Chase loves kids and would be a great father, Willow regrets giving up her son, and fan wants a happy couple. Willow and Chase having a child together would be a win-win situation for GH fans and the show.

Many fans are becoming disgruntled because we have hardly any happy couples on screen anymore. Willow and Chase could very well put love back in our afternoon. Would you like to see a happy relationship between Willow and Chase? Come back to CDL for all your high quality General Hospital spoilers, news and updates!