General Hospital Spoilers: DOOL Talent Up for Grabs – Will GH Pounce on Hot Casting Opportunities During Days of Our Lives Hiatus? 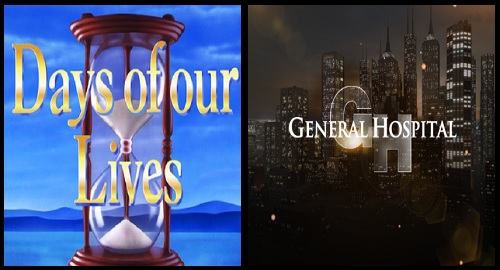 General Hospital (GH) spoilers reveal that the ABC soap could dip into another soap’s talent pool if they want to. You may have heard about Days of Our Lives’ extended hiatus starting at the end of November, which is really about reducing their tape-to-air schedule. At this point, DOOL films nearly eight months ahead of what airs on screen, which saves them money but is also a real pain.

When a story isn’t working on GH or one of the other soaps, they can correct it pretty easily. It’s something that can be dropped in a matter of weeks once they actually film changes. It would take Days closer to a year at this rage, so they just have to guess what the audience will respond to. That doesn’t always work out well – like when DOOL killed off Stefan DiMera (Brandon Barash) without knowing he’d be so popular with fans.

Plus, Days was getting so far ahead that they couldn’t keep filming without securing their renewal. This extended hiatus makes perfect sense, but there’s one problem. Days of Our Lives isn’t willing to pay actors who aren’t working, so they released all of them from their contracts. That’s the real issue here, not so much the potential end of the soap.

A source close to People insists that the buzz about Days potentially being canceled is overblown. This insider promises that Days will “almost definitely get renewed.” That brings us back to the contract problem we mentioned. Until they sign on the dotted line again at Days, the show’s actors will be free to look for work elsewhere if they wish – and it could be poaching season in the soap world!

General Hospital has been known to look for talent at other daytime dramas. Will they try to steal anyone away during this hiatus? Most of the older vets are surely safe and will just take some time off, but what about the younger cast? They seem like the most likely ones to be wooed and possibly swept off to Port Charles.

We mentioned Brandon Barash, who was killed off as Stefan but is now back filming at Days. Could General Hospital try to steal Barash back for his role as Johnny Zacchara or perhaps a new character? What about Greg Vaughan, who currently plays DOOL’s Eric Brady? Vaughan played Lucky Spencer on General Hospital once upon a time, and Lucky’s name has come up several times lately.

Of course, GH could have their eye on other rising stars at Days like Camila Banus (DOOL’s Gabi DiMera), who’s arguably earned her spot as the show’s young female lead. Robert Scott Wilson (Ben Weston on Days) and Victoria Konefal (Days’ Ciara Brady) are other popular young performers right now.

Although many cast members will probably just ride out the hiatus and stay loyal, no one would blame them if they accepted offers that head their way. Days of Our Lives is taking a risk by releasing all actors from their contracts, even if it’s a necessary one.

Like General Hospital, The Young and the Restless has been known to do a little poaching as well. Many GH fans are still bummed that Y&R managed to lock in Jason Thompson (ex-Dr. Patrick Drake) as Billy Abbott. There have been plenty of other examples, including Michelle Stafford (ex-Nina Reeves) – who left GH earlier this year to reprise her role as Y&R’s Phyllis Summers.

Soap hopping is certainly something that happens when better offers come along – and Days of Our Lives is making it easy with this widespread contract release. It’ll be interesting to see what happens after the dust settles and Days is hopefully back to filming again. If Days is renewed as expected, everything should be up and running again by March.