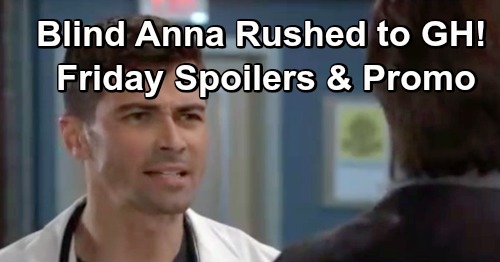 General Hospital (GH) spoilers for Friday, January 11, tease that Liesl Obrecht (Kathleen Gati) will play a dangerous game. During a chat with Valentin Cassadine (James Patrick Stuart) and Nina Reeves (Michelle Stafford), Dr. O will stir up some trouble. Liesl will ask if Valentin wants to tell Nina what they’ve been keeping from her or if he wants her to do it.

Valentin will look concerned and Nina will seem puzzled, but Liesl obviously won’t blurt out the fake daughter revelation. She’ll just be messing with Valentin and you can bet he won’t appreciate it. Meanwhile, Ava Jerome (Maura West) will set some sort of trap. Perhaps she’ll be hoping to lure Kiki Jerome’s (Haley Erin) killer down by the docks.

Regardless, Ava won’t catch the prey she’s seeking. Instead, she’ll end up rattling Franco Baldwin (Roger Howarth). General Hospital spoilers say his eyes will go wide in shock when he sees her. Maybe Ava will pull a gun on Franco and leave him wondering what in the world she’s doing. 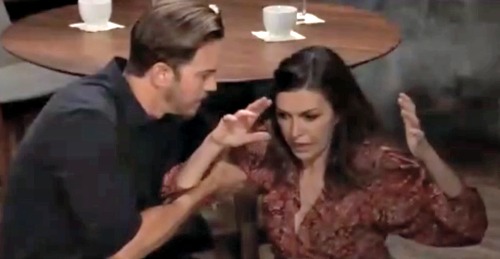 Other General Hospital spoilers say Ryan Chamberlain (Jon Lindstrom) will cut ties with someone. He’ll suggest that it’s time for them to stop working together, but who will be the other half of this conversation? Since Ryan appears to be by the docks in Friday’s preview video, he might run into Franco. We mentioned Franco would have a run-in with Ava there, so it makes sense.

Franco might plan to open up to “Dr. Kevin Collins,” but the last thing Ryan wants to do is listen to Franco’s problems – especially when Franco understands how a killer’s mind works. Chatting with Franco is just too risky.

Ryan may suggest that Franco doesn’t need him anymore or should find another therapist if he wants to continue. If Ryan can eliminate at least one pest, it’ll really lighten his load.

Over with Dr. Griffin Munro (Matt Cohen) and Dr. Hamilton Finn (Michael Easton), they’ll get into a fierce argument at GH. Griffin will be particularly irritated with Finn over something, but they’ll have to put the conflict on hold. That’s because Anna Devane (Finola Hughes) is in the midst of a serious medical crisis. She suddenly felt dizzy and keeled over while talking to Peter August (Wes Ramsey).

Anna will be frantic as she exclaims that she can’t see anything. Her sudden blindness will definitely be concerning, but Griffin and Finn will do whatever they can to restore Anna’s sight. We’ll give you updates as other GH news comes in. Stay tuned to the ABC soap and don’t forget to check CDL often for the latest General Hospital spoilers, updates and news.