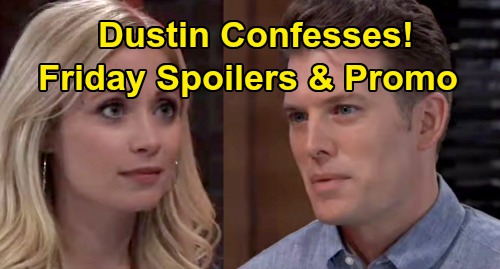 General Hospital (GH) spoilers for Friday, September 13, tease that Curtis Ashford (Donnell Turner) and Laura Webber (Genie Francis) will take the next step. These two just high-fived to seal the deal on their partnership, which is great since they make a nice team. Curtis will ask if Laura has any more information on Helena Cassadine (Constance Towers), so she’ll spill anything else she can think of.

Once Laura’s shared all the facts, she may throw out some of the locations she alluded to. Laura’s convinced she might know a couple Cassadine hiding spots, so she intends to look around with Curtis. Based on GH’s weekly preview video, it appears they’ll end up searching on The Haunted Star.

General Hospital spoilers say Curtis and Laura will make a stunning discovery. They be astonished by something on the other side of a door, so don’t miss what’s in store for this duo. Over with Peter August (Wes Ramsey), he’ll have something he wants to tell Valentin Cassadine (James Patrick Stuart). Peter will seem pensive and a tad somber, so it doesn’t seem like this will be an attack.

Now that Peter’s resorting to all sorts of shady tactics, he may judge Valentin a little less. Peter’s doing whatever it takes to keep his relationship with Maxie Jones (Kirsten Storms) intact, which is quite similar to Valentin’s mentality about Nina Reeves (Cynthia Watros). Perhaps Peter will see that they actually have a lot in common.

Meanwhile, Dustin Phillips (Mark Lawson) will make a sweet admission. He’ll let Lulu Spencer (Emme Rylan) know she’s been on his mind all day, so his interest will be crystal clear. Lulu will be touched by Dustin’s words, but moving on from Dante Falconeri (Dominic Zamprogna) will remain complicated.

Other General Hospital spoilers say Sasha Gilmore (Sofia Mattsson) will get a reminder. GH fans know Lucy Coe (Lynn Herring) has been trying to rope Sasha into modeling, so she may push for that again. Lucy will insist she’ll change Sasha’s life – and we all know how persistent Lucy can be! She may convince Sasha to make a deal, but Sasha will have more important things on her mind.

As a concerned Michael looks on, Sasha will declare it’s time he heard the truth about who she really is. Will Sasha come clean or back out once she considers everything she has to lose? There’s so much at stake, so staying tight-lipped should be awfully tempting.

Next, Liesl Obrecht (Kathleen Gati) will have the hangover of the century. She’ll look pretty rough as she sports sunglasses and tells someone he has the support of his entire family. Will Liesl realize Julian Jerome (William deVry) must’ve messed with her drink? Julian backed out of his latest murder attempt, but Liesl could be onto him now. That could lead to this family statement and a veiled threat to Brad Cooper (Parry Shen).

At Charlie’s Pub, Brad will remain panicked over their problem. He’ll wonder if Julian’s made his choice, but Julian will still be divided on the matter. Once they talk it over, Brad will think Julian knows what they have to do. He’ll beg Julian not to let Liesl ruin everything, which will lead Julian to a daring decision.

Finally, ABC TV personality Tamron Hall will make a guest appearance. Her character will meet with Maxie and Jasper “Jax” Jacks (Ingo Rademacher) for an intriguing reason. There’s no word on exactly what that reason is, but Hall’s character will definitely be pumped by their project. She’ll talk about how excited she is to be in Port Charles, so Jax and Maxie should give her a warm welcome.