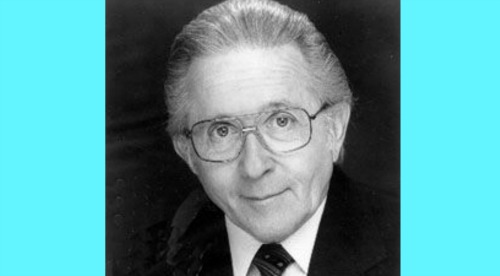 General Hospital (GH) spoilers has some sad news to pass along about a former GH star. Arte Johnson, who portrayed Finian O’Toole on the ABC soap from 1991-1992, has passed away at the age of 90.

Arte was a legendary comedian who was best known for his work on Rowan & Martin’s Laugh-In. He won an Emmy in 1969 for his work on the show and was nominated again for Emmys in 1970 and 1971.

One of his popular characters on Laugh-In was “Wolfgang,” a German soldier who didn’t seem to realize that World War II had ended. The character had an iconic catchphrase – “Verrrry Interesting” – that became part of pop culture for decades.

Arte also appeared in multiple films and television roles throughout his long and brilliant career. Among other shows, he appeared on McHale’s Navy, The Andy Griffith Show, Bewitched, The Partridge Family, and The Twilight Zone.

In later years, Arte lent his voice to many popular cartoons, voicing characters on Duck Tales, The Flinstone Kids, The Smurfs, Pac-Man, and Animaniacs, among others. His final acting gig was to provide the voice for “Virman Vundabar” in a 2005 episode of the Cartoon Network’s Justice League Unlimited.

Arte retired from acting in 2006 and lived with his wife, Gisela Johnson, in Southern California. He was a survivor of Non-Hodgkins Lymphoma, and shortly before his death battled bladder and prostate cancer. His official cause of death is listed as heart failure.

According to a family statement, there are no formal services planned for the comedian and actor. Instead, his ashes will be taken to his home-away-from-home in Hawaii for a private ceremony.

Our sincerest condolences go out to Arte’s family at this time. Stay tuned to the ABC soap and don’t forget to check CDL often for the latest General Hospital spoilers, updates, and news.