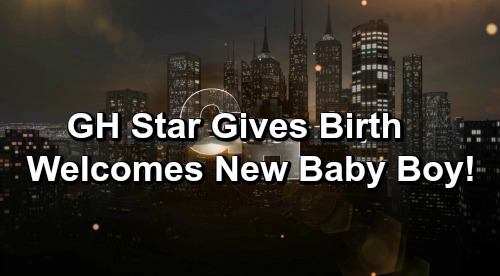 General Hospital (GH) spoilers reveal that one ABC soap star has some great news to share with fans. GH viewers should remember Julie Berman’s run as Lulu Falconeri (now played by Emme Rylan). Berman portrayed Lulu from 2005-2013, so she contributed a lot during her time on the show.

Of course, General Hospital watchers are a loyal bunch! It’s always fun to follow GH alums and see what they’re up in the years after their departures. Berman’s life is certainly busy these days. She posted a fun video on Instagram to show off her family’s new addition.

Berman and her husband, Michael Grady, welcomed their son on February 18, so they’re obviously on cloud nine. This cute kid has a cute name as well. Asher Dean is undoubtedly bringing so much joy to his mom and dad. Their hearts are full, so they wanted to let fans celebrate along with them.

Julie Berman offered a simple caption to go along with the video, which featured clips of her throughout her pregnancy and after the birth. She only said, “Surprise…!” The vid speaks for itself since it’s filled with all the little moments that brought Berman and her hubby to this point. Pregnancies can definitely be difficult, but Berman’s bundle of joy is here now and can be enjoyed.

As for Berman’s career since leaving General Hospital, she’s had some cool gigs here and there. Berman was featured on an episode of Jane the Virgin along with one installment of the popular Gilmore Girls: A Year in the Life revival. She also had a story arc as a doctor on Chicago Med and played Leia on a TV series called Casual. Berman’s latest project was a comedy movie called Valley of the Moon in 2017.

Now Berman’s facing the hectic role of mom to a newborn, so that’s a part worth celebrating! There’s always a chance Berman could return to GH one day – perhaps as someone new. Emme Rylan recently renewed her contract with the show, which means Lulu is covered.