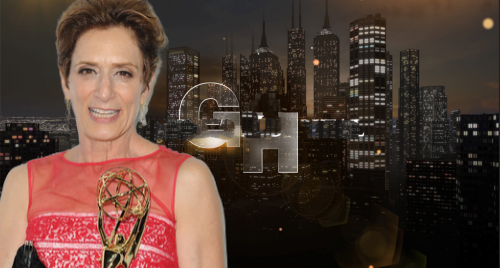 General Hospital (GH) spoilers has some news to report about a big change behind the scenes at the ABC soap. General Hospital head writer Shelly Altman is officially retiring from her position in short order. TV Insider is reporting that her final day at work will be Friday, August 2, 2019.

But fans of GH needn’t worry. There is a plan in place to fill the position. Chris Van Etten, who currently serves as co-head writer, will be taking over Shelly Altman’s place along with Dan O’Connor, who is currently a breakdown writer for the show.

Both Chris and Dan have been part of the GH family since 2011, so they are quite familiar with the show and its characters. Of the pair, executive producer Frank Valentini stated that, “These two understand the canvas and the characters. They also bring creativity, passion, and commitment to the show’s history and its future.”

Frank Valentini also praised Shelly’s years of commitment to the show. He said, “Shelly, thank you for years of complex, emotional, intriguing, story that ranged from suspense to heartbreak to laugh-out-loud funny, and everything in-between. We wish you all the best in your future endeavors.”

Shelly Altman has a long history of writing for daytime soaps. She won two Daytime Emmys – one for her work on Y&R in 2014 and one for her work on One Life To Live in 2008. She also won two Writers Guild of America awards for writing on General Hospital, in 2018 and 2019. She began as a writer for daytime TV back in the 90s when she wrote for NBC’s Another World from 1995-1998.

Shelly will surely be missed, and it will be interesting to see how the writing evolves in the wake of her departure. Given the production schedule, the shows she has already written will continue to air for the next couple of months.

We wish Shelly all the best in her retirement and her future endeavors – she will be missed! Stay tuned to the ABC soap and don’t forget to check CDL often for the latest General Hospital spoilers, updates, and news.