General Hospital Spoilers: Jax and Hayden’s Valentin Vendetta Explained – See Why The Cassadine Takedown Is On 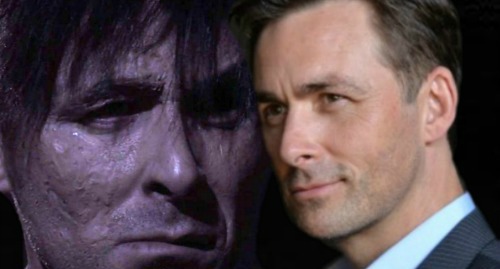 General Hospital spoilers remind GH fans that Jasper ‘Jax’ Jacks (Ingo Rademacher) and Hayden Barnes (Rebecca Budig) have teamed up to take down Valentin Cassadine (James Patrick Stuart), but why? What has Valentin done to either of them to merit their determined venetta?

General Hospital spoilers claim that Hayden loves Spencer Cassadine (Nicholas Bechtel) and would do anything she could to help him. Hayden could claim that she is trying to protect Spencer’s inheritance by getting rid of Valentin in hopes that the estate would go to Spencer since Valentin has no male heirs.

Alexis Davis (Nancy Lee Grahn) cannot inherit because she is female and neither could three children. If something happens to Valentin, Spencer would be the next in line as the Cassadine heir, unless, of course, Nikolas Cassadine (Tyler Christopher) is still alive.

Hayden Barnes Hiding Nikolas  Cassadine And Working With Him?

GH spoilers suggest that Jax would not consider helping Nik after their past, but Hayden grew to love Nik at one time even though he tried to have her killed. Could Nik be alive and Hayden have been helping him all this time?

Is it possible that Nik was hurt and turned to Hayden for help preying on her love for Spencer? Would Hayden even consider lending a hand to Nik after he almost got her killed? Any normal woman wouldn’t, but there isn’t much Hayden wouldn’t do for a price – plus she’s hardly what most fans would consider a ‘normal’ woman!

A great deal of the Cassadine fortune was wasted by Victor Cassadine (Thaao Penghlis) and Helena Cassadine (Constance Towers). However, Drew Cain (Billy Miller) bought back the ELQ shares owned by Nik so he could have invested money back into Cassadine Industries before Nik’s supposed death. Jax could want the company and therefore need to get rid of Valentin.

What About Jerry Jacks, Was Valentin Cassadine Involved?

Valentin has always had a shady past, so being involved with Jerry Jacks (Sebastian Roche’) is not out of the realm of possibilities for him. Could Jax’s hatred for Valentin have something to do with Jerry?

Maybe Valentin had something to do with the plutonium poisoning that Jerry was supposed to have been inflicted with years ago. Valentin could have crossed Jax in another shady business deal. When it comes to two characters like Valentin Cassadine and Jerry Jacks almost any evil encounter is possible.

Jax didn’t know Nina Reeves (Cynthia Watros) before she came to Port Charles so it cannot be just his attraction to Nina that is behind his problem with Jax. What do you think is the motivation for Hayden and Jax’s mission against Valentin? Come back to CDL for all of your General Hospital spoilers, updates and news!