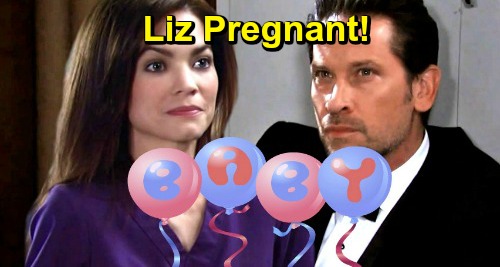 General Hospital (GH) spoilers tease that Elizabeth Webber (Rebecca Herbst) will continue to face troubles with her boys. She’ll keep watching out for Aiden Webber (Jason David), who’s been bullied and has low self-esteem as a result. Liz will do whatever she can to make sure Aiden feels safe, but some extra hurdles could emerge.

Cameron Webber (William Lipton) will also be a bit reckless in the weeks ahead. He’ll get into more trouble and leave Liz with a mess to clean up! It looks like Cam will even drag Josslyn Jacks (Eden McCoy) and Oscar Nero (Garren Stitt) into his drama. Elizabeth may be at the end of her rope by the time Cameron gets caught!

Of course, Cam may just be up to the usual teenage mischief this time. He seems to have learned his lesson when it comes to getting arrested. Liz will also need to keep Jake Webber (Hudson West) from feeling left out. This mom will be spreading herself thin, but she won’t want any of the kids to feel neglected.

However, there’s a chance Elizabeth may add one more to her brood soon. Although there’s no confirmation on that yet, new GH info points to a shocker. General Hospital spoilers say Liz will show do something quite dramatic to show Franco Baldwin (Roger Howarth) how much loves him.

If Liz gets pregnant, she might come up with a creative way to tell Franco and put his mind at ease about her happiness. A baby would really throw “Friz” for a loop right now, but it’s nothing they couldn’t handle. Franco and Liz fans would certainly love to see them get a little girl!

Besides, General Hospital needs to get another bun in the oven. James West and “Wiley” Cooper-Jones aka Jonah Corinthos are growing up fast, so GH needs to plan ahead for another baby storyline. Even with sped-up soap pregnancies, it obviously takes a while to get from point A to point B.

General Hospital spoilers also point to exciting news for Liz in the coming weeks. That could line up with a surprise pregnancy. Is the timing ideal? No, but that’s often the case with soap babies. They tend to come when their parents least expect them!

Would you like to see Liz and Franco have a baby together? Will this be another bombshell for their family to tackle? We’ll give you updates as other GH details emerge. Stay tuned to the ABC soap and don’t forget to check CDL often for the latest General Hospital spoilers, updates and news.