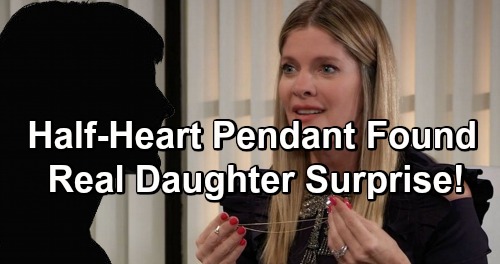 General Hospital (GH) spoilers tease that Sasha Gilmore’s (Sofia Mattson) story isn’t over just yet. She left town not to long ago, but she’ll be back for some shocking revelations eventually. Valentin Cassadine (James Patrick Stuart) dragged Sasha into this mess, so she’ll have to face the consequences. She wasn’t the ringleader of this operation, but she did lie right to Nina Reeves’ (Michelle Stafford) face.

Of course, we have to wonder why Sasha will show back up. It’s possible a wave of guilt will wash over her, but she might feel too bad about hurting Nina to come clean on her own. Sasha has truly come to care about Nina and her well-being.

If Nina learned the truth and summoned Sasha, it’d be kind of weird for her to come running. Who wants to go get yelled at by your fake mom? There’s also a chance Nina will get Sasha back to Port Charles under false pretenses.

However, it might be better for GH to hold off. They could wait until Sasha’s actually on canvas for the bogus daughter bombshell to come out.

Perhaps Valentin will convince Sasha to come back to Port Charles for a visit. He’ll certainly want to make Nina happy and keep this reunion going strong. Meanwhile, Nina’s real daughter could be lurking in PC, too. Whether it’s Willow Tait (Katelyn MacMullen) or someone else, Nina’s biological child could be living right under her nose.

How will Nina discover this huge news? Shelly Altman, one of General Hospital’s co-head writers, offered some hints in a Soap Opera Digest interview. She said, “If Sasha is not Nina’s daughter, perhaps there is another one out there, someone who might actually have the other half of that heart…”

We can get a couple of interesting hints from that comment. For starters, Altman didn’t completely close the door on Sasha being Nina’s true daughter. There’s no proof that she isn’t just yet!

Altman was careful to say that “if” Sasha isn’t the real deal, then the rest would follow. It seems like a slim possibility based on the part about the heart pendant, but it’s worth keeping in mind.

Nevertheless, Altman appears to be suggesting there’s indeed another young lady with the heart half. Will Nina run into someone who’s wearing it? Will that lead to suspicions about Sasha and a search for answers?