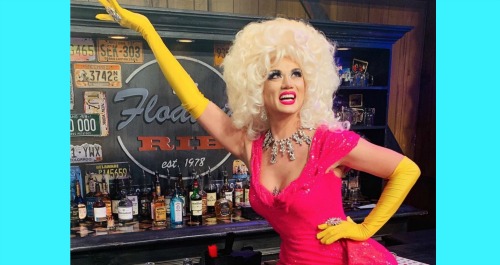 General Hospital (GH) spoilers reveal that a new face is headed to the ABC soap. On GH’s social media accounts, they made an exciting announcement about a special guest star. A drag queen and reality TV personality named Manila Luzon will be popping up soon.

Some fans might recognize Luzon as the runner-up on season three of RuPaul’s Drag Race. The popular personality also appeared in seasons one and four of RuPaul’s Drag Race All Stars. Luzon happens to be a recording artist as well and will undoubtedly have lots of fun talents to share on General Hospital.

The show posted, “The Floating Rib has a new queen! @manilaluzon stopped by Port Charles today and we couldn’t wait to tell you. Stay tuned… #GH” There aren’t any General Hospital spoilers about how Luzon will fit in the story just yet. However, GH shared a pic of Luzon at The Floating Rib next to what seem to be Bingo sheets. No matter how this plays out, Luzon is bound to be the life of the party!

Many GH viewers are curious Luzon’s upcoming appearance. Those who like RuPaul’s Drag Race are eager to see a fan fave on a soap opera. One General Hospital watcher tweeted, “I can’t wait! I love Manila Luzon!! I’m a big Drag Race fan.” Another thrilled GH viewer said, “Two of my favorite things: General Hospital and RuGirls!” “Now this I’ll watch!! I adore @manilaluzon,” said one more fan.

Luzon also joined in the excitement on Twitter. “Yesterday I became a Soap Opera Star!!” Luzon exclaimed. “Stay tuned to @GeneralHospital soon!!!” It’s always great when GH can mix it up with some interesting guests in Port Charles. Things can get heavy with all the kidnappings and other drama, so it never hurts to sprinkle in some fun here and there.

Luzon should debut in early September, so that’s something to look forward to. In the meantime, General Hospital spoilers say the action will continue to heat up. It looks like Franco Baldwin (Roger Howarth) will find himself in a major memory jam soon enough! We’ll give you updates as other GH news comes in. Stick with the ABC soap and don’t forget to check CDL often for the latest General Hospital spoilers, updates and news.

The Floating Rib has a new queen! @manilaluzon stopped by Port Charles today and we couldn’t wait to tell you. Stay tuned… #GH #GeneralHospital