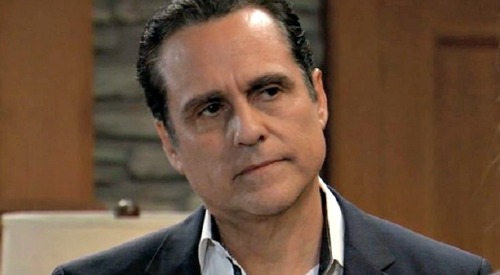 General Hospital (GH) spoilers reveal that one ABC soap star is finding great success. GH fans know Maurice Benard as Sonny Corinthos in Port Charles, but he’s also been exploring other projects and accomplishing goals elsewhere. Benard talked to ABC Soaps in Depth about the career growth he’s been experiencing as well as his GH future.

For starters, Benard is surprised that all this is happening at this stage of his life. He never dreamed so many opportunities would be headed his way right now. “For whatever reason, I’ve been able to almost have a second career at my age,” Benard said. “It’s what I always wanted. It just never happened.”

Benard added that one thing led to another and now he’s always got some project cooking. He credits General Hospital Executive Producer Frank Valentini for making this possible. Benard insisted that Valentini allowing him to work on other things is “a big deal.”

Speaking of those other things, let’s talk about a few of them. Earlier this year, Benard played the role of John Gotti in Lifetime’s Victoria Gotti: My Father’s Daughter. Another exciting project for Benard was his role as Father Benedict in Nightmare Cinema. Some other flicks for Benard include Hold On and a part in the upcoming movie, Equal Standard, which is currently in post-production.

“The roles I’ve done in the last couple of years have all been intimidating,” Benard said. He pointed out that he picks parts that are very different from Sonny, so that usually brings quite a challenge. Fortunately, Benard always manages to get the job done. If you’re wondering what Benard views as the secret to good acting, he claims it’s preparation and honesty.

Of course, Benard’s memoir is also set to be published next year. He’s been a busy guy, so how long does he envision sticking around PC? Benard admitted that he would miss his GH family terribly upon leaving. It’s tough for him to even manage that difficult goodbye! However, Benard suggested he’s facing the inevitable.

He said, “But eventually that day will come… and you’re going to have to carry me out! You think the Emmy speech was bad? I won’t be able to talk. I’ll just be down in my dressing room, crying like a baby.”

Thankfully, Benard will remain in the role of Sonny for now. General Hospital spoilers say Sonny and Carly Corinthos’ (Laura Wright) vow renewal is what’s next on the horizon. You can catch that special event on Monday, August 26. We’ll give you updates as other GH news comes in. Stay tuned to the ABC soap and don’t forget to check CDL often for the latest General Hospital spoilers, updates and news.