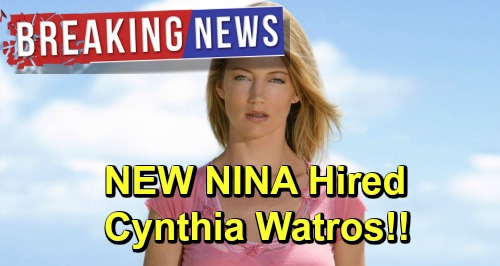 General Hospital (GH) spoilers reveal that we finally know who’s set to take over for Michelle Stafford as Nina Reeves. According to Frank Valentini, Cynthia Watros will replace Stafford once she finishes up the remainder of her contract. Stafford’s been filming some Nurses Ball drama this week and will continue to shoot scenes through May.

Since Watros has already been announced as the new Nina and will begin filming in early June, it sounds like it’ll be a fairly seamless transition. That’s good to know since there should be plenty of loose ends as Stafford departs. It seems likely that Stafford’s Nina will get to react to the truth about Sasha Gilmore (Sofia Mattsson), but there’s much more to uncover.

GH undoubtedly wanted to avoid sending Nina off canvas and losing the momentum of this storyline. It’s better to just have Watros dive in and keep the chaos flowing. Once Nina knows Valentin Cassadine (James Patrick Stuart) deceived her along with her fake daughter, will she wonder if her real daughter’s still out there? Will Nina start a search or simply be taken by surprise when her true kid pops up? 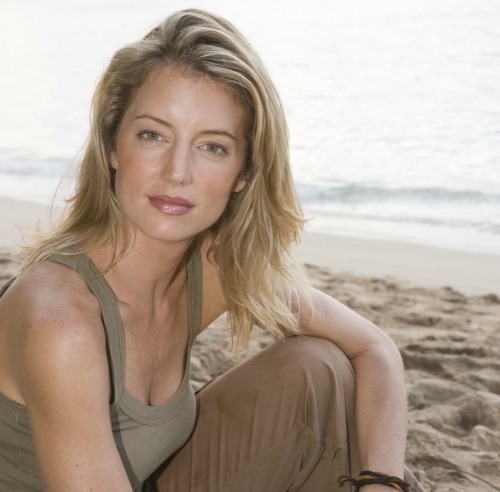 There’s a chance Nina will spot Willow Tait (Katelyn MacMullen) wearing the half-heart pendant and start putting clues together. That necklace is definitely the key to solving this mystery. However, there could be other hints that emerge first.

Regardless, General Hospital spoilers point to Willow being the bio daughter so far, which should make for some interesting scenes when the bombshell’s revealed. Willow and Nina hate each other’s guts, so you can bet there’ll be a lot of mixed emotions. They’ll surely work through their anger in time, but things should be awfully tense at first.

If you’re wondering about Watros’ acting background, she was on Lost and has some solid soap credits as well. In 1998, Watros won a Daytime Emmy for portraying Annie Dutton on Guiding Light. She also played Kelly Andrews on The Young and the Restless, so she’ll be able to hit the ground running when she takes on the role of Nina.

It’s a bittersweet day. I love @TheRealStafford and wish her all the best. I’m also really excited about @watroswatros joining the #GH family and continuing Nina’s legacy. @GeneralHospital https://t.co/A38aIIwGZ1