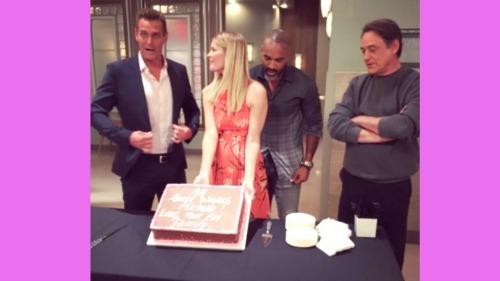 General Hospital (GH) spoilers reveal that Michelle Stafford may have finally wrapped her stint as Nina Reeves on the ABC soap. All signs point to that thanks to some leaked set photos. Stafford was spotted with a cake wishing her well from her GH family on May 9, which is usually an easy indicator that a cast member has finished filming. The GH cast and crew typically comes together to celebrate on their last day at the show.

Stafford is standing next to Donnell Turner (Curtis Ashford), Ingo Rademacher (Jasper “Jax” Jacks) and Jon Lindstrom (Dr. Kevin Collins) in the pics. There were likely others on hand to bid Stafford farewell, but these three actors were definitely part of the celebration. It’s possible some of Stafford’s final scenes will be with them. GH fans will be curious to see what’s in store. 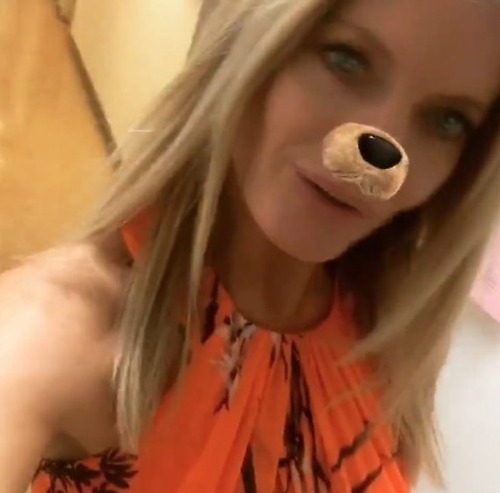 General Hospital spoilers state that Cynthia Watros is set to take over the role starting in early June. That points to a little lag time between Ninas, but not too much. There will undoubtedly be some easy ways to explain that. General Hospital could choose to keep it simple and let Nina leave town for a bit – just like Lulu Falconeri (Emme Rylan) did recently.

After Dante Falconeri’s (Dominic Zamprogna) heartbreaking departure, Lulu needed time to clear her head and heal. Nina may need the same thing after Sasha Gilmore (Sofia Mattsson) is revealed as a fraud. She could easily take a vacation or throw herself into work by going on an extended business trip. 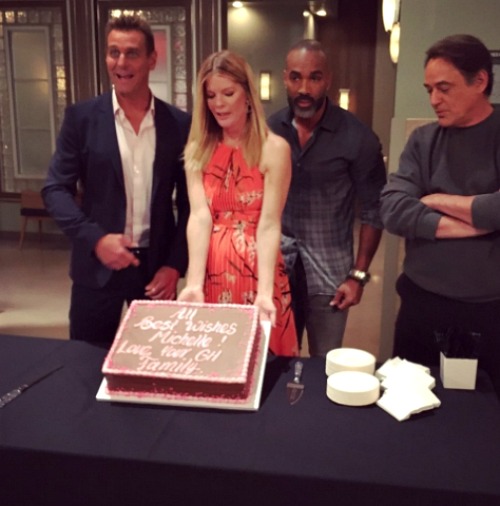 Of course, Nina could also land at GH after an accident strikes or something along those lines. There’s even a chance General Hospital taped some scenes they plan to spread out, which could mean an explanation won’t really be necessary. Whatever the case, the Nina transition is rapidly approaching.

Naturally, this means Stafford is ready to head back to her old soap home. She’s rejoining the cast of The Young and the Restless by resuming the role of Phyllis Summers. Gina Tognoni was fired so that Stafford could slide back in the spot, which caused quite an uproar in the soap world. GH and Y&R fans alike still aren’t over the shock of this switch, but it’s definitely been an interesting story to follow.

As for what’s ahead in Port Charles, General Hospital spoilers say some major bombshells are looming for Nina. Stafford may be gone, but Watros will keep the drama going strong! We’ll give you updates as other GH news comes in. Stay tuned to the ABC soap and don’t forget to check CDL often for the latest General Hospital spoilers, updates and news.