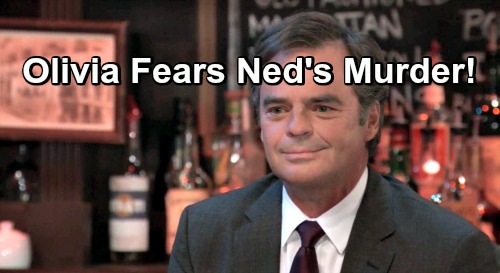 General Hospital (GH) spoilers tease that it’s almost election time in Port Charles. The last one was declared invalid due to Spencer Cassadine’s (Nicolas Bechtel) sneakiness, so Laura Collins (Genie Francis) had more opportunities to campaign and put her name out there. That’s exactly what Spencer had in mind! He’s back at school, but he should be glad to receive word about the close race that’s brewing.

Of course, Spencer won’t know just how well his planned worked until after the election. Will Laura be able to pull off a victory? GH fans know Ned Quartermaine (Wally Kurth) is typically full of confidence. He can be pretty cocky at times when it comes to his political career. However, there’ll be no denying the poll numbers. Ned will have to accept that he could potentially lose this battle.

General Hospital spoilers say Ned won’t be happy about that, but he’ll at least know he has a worthy opponent. He’d rather lose to Laura than to someone who doesn’t care about the community. There’s no guarantee Laura will come out on top, but Ned will prepare for the possibility. He’ll hold out hope for a win, but he’ll be realistic about this going either way.

Olivia Quartermaine (Lisa LoCicero), on the other hand, will be more worried about the serial killer that’s on the loose! Ryan Chamberlain (Jon Lindstrom) has claimed three lives so far and there are more murders to come. Mary Pat Ingles (Patricia Bethune), Kiki Jerome (Hayley Erin) and Peyton Mills (John Patrick Jordan) certainly won’t be the only names Ryan adds to his list.

Olivia will fear the worst as election day draws near. She’ll know that the killer loves to use significant days and big events to his advantage. They serve as a great way to display his handiwork and draw attention. General Hospital spoilers say Olivia will be particularly concerned about Ned. Political figures can sometimes become targets, so Olivia will fear that Ned could be the killer’s next victim.

Could Ned actually land in harm’s way? What about Olivia as Ned’s wife? Will a murder or an attempted murder end up derailing the election again? We’ll give you updates as other GH news comes in. Stay tuned to the ABC soap and don’t forget to check CDL often for the latest General Hospital spoilers, updates and news.