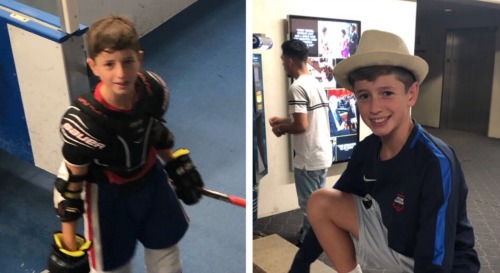 General Hospital (GH) spoilers reveal that a familiar face is headed back to the ABC soap. GH fans will recall the young Raging Raccoon scout who found Peter August (Wes Ramsey) while hiking in June 2018. Liesl Obrecht (Kathleen Gati) was holding Peter hostage at a cabin, where Wyatt Hoover (Patrick J. Gibbons Jr.) wandered in with his bugle.

Wyatt ultimately told Franco Baldwin (Roger Howarth) about the man tied to a bed and the angry lady who “talked funny.” The kid proved he was a heroic and honest member of the Raging Raccoon troop! Now Wyatt is coming back for more drama, but GH hasn’t released the details of his upcoming appearance just yet. Even so, it’s something fun for General Hospital fans to look forward to. 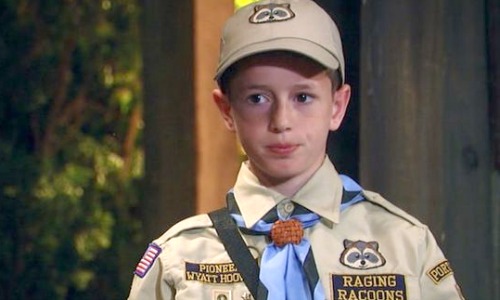 On Twitter, Gibbons broke the news himself and promised a small shocker would be in store. “Just got back from hockey camp and California,” Gibbons tweeted. “#GH and #OLTL fans Wyatt is coming back. Look out for Wyatt soon on GH with a little surprise.”

Gibbons included some great photos as part of his teaser to generate some buzz. He seems excited for GH viewers to see what’s coming up for Wyatt this time around. Will Wyatt find himself in another tricky situation? Could a different Port Charles resident rely on Wyatt for help? It’s even possible Wyatt will cross paths with Peter again – whether he needs assistance or not!

Whatever the case, General Hospital spoilers say Wyatt’s indeed gearing up for an exciting return. If you think you recall Gibbons from somewhere besides GH, perhaps you watched him as Sam Manning on One Life to Live. He played the cute kid from 2010-2013, so OLTL fans remember him well! It’s nice that Gibbons can keep his soap career going with these General Hospital popups.

Are you eager to see what Wyatt will be up to? Do you think Wyatt will save the day somehow? General Hospital fans won’t want to miss all the action! We’ll give you updates as other GH details emerge. Stay tuned to the ABC soap and don’t forget to check CDL often for the latest General Hospital spoilers, updates and news.

Just got back from hockey camp and California. #GH and #OLTL fans Wyatt is coming back. Look out for Wyatt soon on GH with a little surprise. pic.twitter.com/YHeLOuuYNj