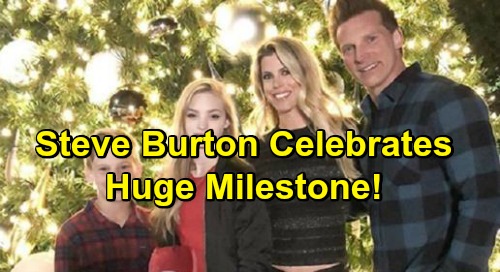 General Hospital (GH) spoilers has some wonderful news to pass on about a popular GH star. Steve Burton, who portrays Jason Morgan on the ABC soap, is celebrating a huge romantic milestone. He and his wife Sheree are celebrating 20 years of marriage!

Over the years, Steve’s soap characters have been through their share of romantic woes. In addition to playing Jason Morgan on GH, Steve portrayed Dylan McCoy on Y&R. He’s certainly had romantic ups and downs on the soaps, but in real life he’s been happily married for 20 years.

Steve and Sheree were married on January 16, 1999. You can check out their wedding photo below – they looked so young! The couple now has three children, Makena, Jack, and Brooklyn. 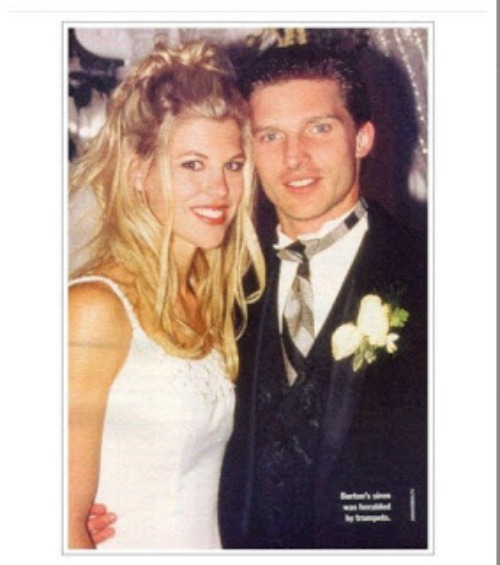 Steve is very active on social media, and he frequently shares photos of his beautiful family and updates fans on what they’re doing. Most recently, he posted an Instagram photo of his smiling family celebrating the Christmas holiday together.

In addition to spending time with his family and his work on GH, Steve keeps busy with various soap fan events, podcasts, and with voice work. Steve has voiced the character “Cloud Strife” in several video games, including Final Fantasy VII: Advent Children and the Kingdom Hearts series.

Our congratulations and well-wishes go out to Steve and Sheree! Stay tuned to the ABC soap and don’t forget to check CDL often for the latest General Hospital spoilers, updates, and news.