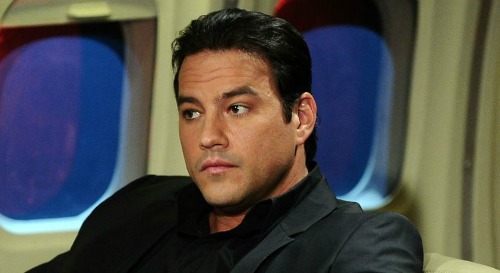 General Hospital (GH) spoilers reveal that one former ABC soap star has been arrested. Many GH fans were fond of Tyler Christopher as Nikolas Cassadine, but General Hospital opted to recast recently with Marcus Coloma. Christopher also played Stefan DiMera on Days of Our Lives before taking a leave of absence earlier this year. Brandon Barash took over the role, and Christopher never made a DOOL comeback.

Unfortunately, we’ve got some bad news to pass along about Christopher’s drinking issues. According to TMZ, Christopher was arrested on Monday night in Martinsville, Indiana. He was booked for public intoxication on his 47th birthday, so it seems he let the party get out of hand. Christopher appears to have a gash on his face in his mugshot, which also shows off a lengthy beard.

There’s been no word of Christopher’s release from jail yet. Morgan County Jail records reveal that he’s being held on $225 cash and $1,000 bond. These are certainly some difficult updates since fans always come to care about their favorite soap stars. Alcohol can bring a tough battle, so we’re all rooting for Christopher to overcome his struggles.

This perhaps explains why General Hospital chose to go in another direction with Nikolas’ return to the canvas. It’s probably hard for some to adjust to Coloma as Nikolas, but it seems Christopher has other things to focus on now. He can hopefully get the help he needs and score some new roles once he’s on the right track.

As for what’s next in Port Charles, General Hospital spoilers say some shockers and shakeups are brewing. Carly Corinthos (Laura Wright) recently joined the secret Nik circle, so that’ll bring several predicaments along the way. She’ll hate lying to Sonny Corinthos (Maurice Benard), Josslyn Jacks (Eden McCoy) and everyone else in her life, but she’ll do her best to keep the bombshell under wraps anyway.

That bomb will eventually drop on all of Port Charles though, so that’s sure to bring some stunned reactions. Considering the latest arrest news, do you think it was a wise choice to go for a Nikolas recast? We’ll keep you posted as other GH details emerge. Stay tuned to the ABC soap and don’t forget to check CDL often for the latest General Hospital spoilers, updates and news.