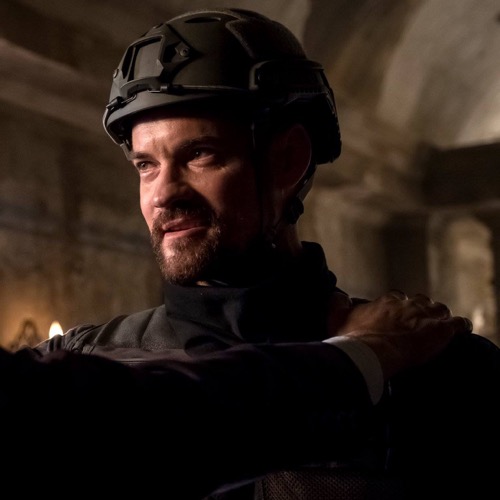 Tonight on FOX Gotham continues with an all new Thursday, January 31, 2019, called, “Ruin” and we have your Gotham recap below for you. On tonight’s episode as per the FOX synopsis, “A military task force, led by Eduardo Dorrance, is called in to provide relief to Gotham. Meanwhile, Nygma looks for answers from Penguin, who leads him back to Hugo Strange. Then, Bruce is concerned about Selina’s recent behavior.”

Gordon had still wanted answers. He and Harvey went to the weapons dealer that sold the RPG for answers on who he sold it to, but the guys were outnumbered and outgunned. They had no chance of making it out of there alive and had given up all hope when they were rescued. Gordon and Harvey were rescued by a Delta Force team. This team was being led by Gordon’s old friend Eduardo Dorrance. The two served together and Gordon had even saved Eduardo’s life. It turns out that Eduardo had wanted to return the favor. He and his highly trained unit had moved in to help when they heard that Gordon had gotten trapped in Gotham. And the man himself was willing to personally go with Gordon to enact justice.

Gordon went looking through a certain someone’s ledgers and he found out who bombed Haven. He saw Nygma’s name and knew that he had to go after him, but he didn’t want Harvey to follow. Harvey was the last line of defiance if anything happened to Gordon and so Gordon asked him to stay behind. He took Eduardo as his backup and they went after Nygma who was one of the smartest men they’ll ever meet. The guys knew they had to be cautious and so they snuck into Nygma’s home where they asked him “why”? They just wanted to know why Nygma bombed Haven and unfortunately, Nygma didn’t have answers for them. He said that he would never hurt someone unless they hurt him first and that he didn’t know why.

It didn’t make sense, but it was the truth. Nygma didn’t know why he bombed that building or killed all those people and he couldn’t explain his actions. All he knows is that whenever he goes to sleep its someone else that takes over! This other person that lives in his head has been doing things and killing people all so that he could frame Penguin for it. It had even worked for a while. People thought Penguin was the monster until he won them over with vengeance and so maybe that’s where Haven came in. Nygma doesn’t know the plan and so he couldn’t really say. He just didn’t want to be blamed for what his other personality did. Nygma triggered the bomb he had in at his office and then escaped in the confusion.

Gordon and Eduardo were later able to diffuse the bomb, but they didn’t know where Nygma would go and so they put out a citywide alert. They told everyone they were searching for Nygma and that he was wanted for murder. The police also gave a great description and so eventually someone did find him. Nygma was caught and tortured by some hillbillies because they said their dog died during the bombing. They didn’t really care about the people that died and so they were electrocuting Nygma when all that electricity forced a memory to come forward. Nygma remembered being with Penguin in an Operating Room and Penguin had said that he was going to “fix” him.

Nygma realized that Penguin did something to him and that’s why his memory, as well as his actions, have been all over the place. He wanted revenge and so he escaped the hillbillies. Nygma broke into City Hall and he confronted Penguin, but it seems his memory was still a little messed up. He asked Penguin what was done to him and Penguin didn’t know. He had saved Nygma’s life when the bridges blew and he only did it because after Butch Nygma was his only friend left. It was why when he saw that Nygma needed more care he took him to Hugo Strange. Strange was supposed to patch up Nygma and Penguin suspected that Strange also got carried away. And so Nygma decided to let Penguin live.

Only people saw Nygma going into City Hall and they went there looking for him. Gordon had let Harvey take this one and so Harvey finally got heavy-handed with Penguin. Penguin would have turned on Nygma if he could, but Nygma was gone and so Penguin traded information. He told the police that Nygma was a patsy and that he was going to find Strange. He was then released for this exchange of information and not many people liked that even if there was nothing they could do about it. Gordon had let Penguin free and he said it was best they find Nygma. Nygma had made the mistake of confronting Strange alone and so he had a need to be rescued, but not by Gordon and the army. The army and Eduardo, in particular, were the ones controlling Nygma.

Eduardo even had the remote to Nygma and he turned him off because he said he’s a man that takes orders. He’s been doing as Walker commands and so it was Walker that wanted a war against Penguin. Plus, it was Walker that bombed Haven. The government was up to some shady business and Gordon got out of there while he still had the chance.

Unfortunately, Eduardo sent Nygma to kill Gordon and so the police chief was still in danger.

And Gotham as a whole was still in danger because Jeremiah Valeska faked his death in order to pull something off.