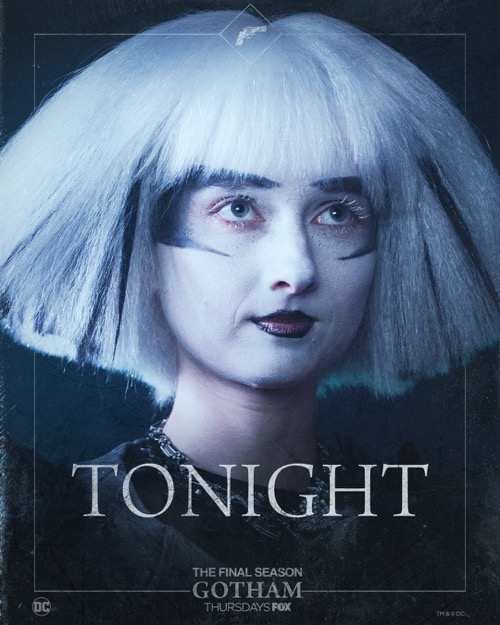 Tonight on FOX Gotham continues with an all new Thursday, February 14, 2019, called, “13 Stitches” and we have your Gotham recap below for you. On tonight’s episode as per the FOX synopsis, “Gordon assembles an unlikely team to protect Gotham from Eduardo Dorrance and his Delta Force. Just as Lee Thompkins resurfaces, Barbara reveals shocking news that will change Gordon’s life forever. Meanwhile, Selina and Penguin team up to outsmart fellow villain Magpie.

Gordon’s old friend Eduardo Dorrance betrayed him. He found out that Dorrance and the Delta Force had come to Gotham under false pretenses. They pretended that they were coming with the authorization of the government to help out the citizens and make sure everyone was fed, but in actuality, they didn’t want to help anyone. They came to Gotham to rule it. Dorrance claimed he was receiving orders from Amanda Walker and so Gordon has no reason to doubt him. Not when Dorrance made his confession when he thought Gordon was going to die. He used the chip in Ed’s head to manipulate the great Ed Nygma and he had planned on using Ed to kill Gordon once and for all.

Gordon ran for his life. He just managed to find an old ambulance when Ed caught up to him and so the two men fought until Gordon was able to knock out Ed. Ed tends to return to his normal self whenever he’s had a nap and so he woke up as himself again. He even realized that he was missing time and had asked Gordon what happened. Gordon wasn’t sure if Ed was really Ed or not, but he did tell him what happened and how he had been right when he said someone was controlling him. Ed learned that he was being used by the government and that they were the ones that forced him to kill all the innocent people in Haven. And he offered to help Gordon take down the Delta Force that infiltrated their city.

Gordon decided to trust Ed despite everything and he took back to Barbara’s bar. She was willing to help Gordon and she had offered up a first aid kit to treat any injuries. But before they could discuss their plans, Dorrance busted in. He said that Gordon was a creature of habit and that of course, he would go back to a bar owned by his ex-fiancée. Dorrance ordered his people to kill them and so the boys were only able to get away with Barbara’s help. She later found a safe house for them and from there Gordon assembled his people. He got Bruce, Alfred, and Lucius to come to meet him at the hidden location and the first thing Gordon wanted to take care of was the chip in Ed’s head. Ed couldn’t function out in the field with that thing.

They also had some fun with poking around in Ed’s head. They eventually get out the chip and not a moment too soon because Dorrance contacted them. He used the radio system to broadcast a message and he got Gordon to reply because he claimed he had something that Gordon wanted. Dorrance put Leslie Thompkins on the phone and it confirmed that he had Gordon’s old girlfriend. He said he was willing to hand over the girl in exchange for Ed and so Gordon agreed to the exchange, but he always had another plan. He wanted to deliver the chip to the outside world and let everyone see what the government was doing in Gotham. And to do that he had diverted attention away from the GCPD building.

There was an antenna on top of the GCPD building. It turns out they could broadcast the information on the chip with a satellite and an antenna but Gordon knew how to divert attention away from the rooftop. He agreed to the exchange and then showed up only with the chip. He told Dorrance that the chip was what he really wanted and so he broke into pieces because he said he was willing to give all of it up if Dorrance would just let Lee go. He knew that Dorrance was never going to let her go once he had that sort of leverage over Gordon and so Gordon made a ploy of begging for Lee’s life while at the same time he demanded that Dorrance be the honorable man. It was a means of goading Dorrance into a fist fight and it worked.

The two men were going at it outside and anyone out there would be focusing on the fight, but Gordon also came up with a plan of causing a ruckus inside of the building. Ed walked right in with no one noticing and people were asking him why he was a Kevlar suit when he claimed he had a bomb. He told everyone they had to solve a riddle if they didn’t want to die and so between the two of them – Gordon and Ed had everyone distracted. Meaning no one saw or could stop either Bruce or Lucius doing their part. Everyone came together to gain access to the antenna and they plan was completed before anyone realized that the bomb was fake or that Gordon had been taunting Dorrance for a reason. The police captain really got into his Dorrance’s head and before either of them knew it he managed to impaled Dorrance on a pike outside.

Gordon’s biggest concern once he reclaimed GCPD was checking on Lee. He thought someone might have taken a shot at her when Dorrance fell and luckily she seems to have gotten the gun away from her captor. So all anyone wanted to know was where she’s been. Lee disappeared after the bridges fell and so she was asked what happened. Lee just couldn’t recall. She said her memories were fuzzy and the last thing she remembered was getting into a knife fight with Ed. Lee began getting upset when she recalled being stabbed and so Gordon was there to comfort her. He left her alone for one second and in that second the chip that was in her head was activated. Lee tried to kill Gordon and he knocked her by giving her an electric shock.

By the time she came to, Gordon had had answers and he also filled in Harvey. The three of them were together and talking about what happened when Barbara stopped by. She didn’t stay long. Barbara just wanted Gordon to know that she was pregnant! She and Gordon had too good of a time a few weeks ago and so Harvey issues his “congratulations”.

He also had some questions and so did Lee, but no one seems to have noticed that Alfred was gone.

Alfred was kidnapped by Jeremiah Valeska who was believed by all Gotham to be dead. And to make matters worse, Amanda Walker came to Gotham to handle things herself.