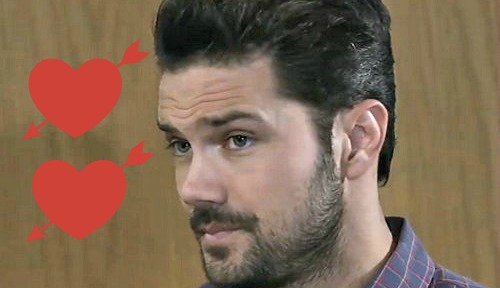 Hallmark Channel news has some information to pass on about a new Hallmark movie that General Hospital star Ryan Paevey has in the works for Valentine’s Day. Ryan, who portrayed Nathan West on General Hospital, recently enjoyed the premiere of his Hallmark Christmas movie titled “Christmas at the Plaza,” which is currently delighting fans.

Ryan will be starring in a new Hallmark Channel movie called “Matching Hearts” that will premiere in February 2020, just in time for Valentine’s Day. The movie will co-star actress Taylor Cole, whom you might remember from her various Hallmark Channel movies over the years, as well as the TV series Heroes, Secret Girlfriend, and CSI Miami.

Taylor shared news about the film’s wrap on her Instagram feed recently. She posted several photos of herself along with Ryan and several dogs from the set in Vancouver. Although the Hallmark Channel hasn’t released any formal information about “Matching Hearts” yet, it looks from Taylor’s photos that the movie involved several dogs and puppies, which both she and Ryan are frolicking with.

Taylor captioned her photos with: “That’s a wrap!!! #matchinghearts #cutenessoverload #moretocome @hallmarkchannel.” Taylor has received lots of fan response to her photos, with one follower replying: “My two favorite Hallmark movie actors!!! Can’t wait to see it!!!” and another commenting: “Okay, this is already the cutest movie ever and I haven’t even seen it yet!”

Earlier this month, Ryan posted some photos from the set of the movie as well. He posted some shots of he and Taylor preparing for a scene in which they drink tea. Their teacups are covered by some sort of plastic wrap, and Ryan joked in his caption that “Clearly tea is dangerous…stay safe out there kids. #fortunatewanderer #lifeofadventure #hallmarkchannel #luckyducks #thisismyjob.”

“Matching Hearts” also stars Latonya Williams and Antonio Cayonne. Latonya shared a photo of herself, Antonio, Taylor, and Ryan along with the following caption: “That’s a wrap! To our stars @taylorquinncole and @ryanpaevey thanks to both of you for being so open, kind, generous, and fun to work with! And to my repeat on screen hubby @cayonne – I can’t wait to see what our future (or past) has in store! #hallmark #valentines #adorable #vancouver #vancity #actor #actress #bts.”

As we get more information about “Matching Hearts” including a premiere date, we’ll be sure to let you know! Are you looking forward to the upcoming round of romantic Valentine’s Day movies on The Hallmark Channel? Enjoy all your Hallmark Channel movies and don’t forget to check CDL often for the latest Hallmark Channel News.