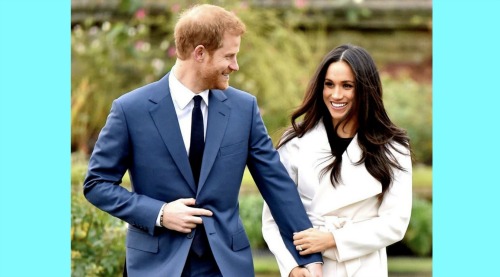 British royals news reveals that there could be another royal family addition to celebrate soon. A spokesman for bookmakers.tv recently talked to Express about the possibility of baby number two for Prince Harry and Meghan Markle. Could Meghan Markel have another pregnancy announcement coming up?

“The odds of Meghan and Harry sharing some baby news is once again surfacing, with the latest betting suggesting there could be an announcement at the very beginning of next year, to mark the end of the couple’s sabbatical,” the spokesman said. There are no guarantees the Duchess of Sussex will reveal she has a bun in the oven, but the buzz is growing and the timing feels right for some baby updates.

Prince Harry and Meghan were clearly eager to get started on their family shortly after their marriage. Their wedding took place in May 2018 and Archie arrived less than a year later. Now that Meghan and Prince Harry have had some time to get used to parenthood, they may be prepared to give Archie a little brother or sister.

British royals news hints that the Duke of Sussex been fishing for tips about adding another kid to the fam. According to Forces Network, Prince Harry was curious enough to ask a mom of multiple children questions. He chatted with a military wife at the Brooke Farm Community Centre in hopes of gathering all the info he could.

Susie Stringfellow insisted that “Harry was really quite interested in how things were with second children as well, because we both have older children.” She even admitted to encouraging Prince Harry to add to his brood, but it doesn’t sound like he needs much encouragement! Meghan and Prince Harry seem crazy about Archie, so it’s reasonable for them to want another baby ASAP.

Prince Harry already made a comment about wanting “two, maximum” during a meeting with Dr. Jane Goodall in July, which was published in British Vogue. He could’ve just said he wasn’t sure how many he wanted or even suggested they had their hands full with Archie. However, Prince Harry acknowledged that he was shooting for two, which could’ve been a clue about his imminent plans with Meghan.

Whatever the case, there’ll certainly be plenty of British royals news stories ahead if Meghan Markle winds up sporting a baby bump. If the buzz turns out to be correct, an exciting announcement should be rapidly approaching. Stick with CDL for the latest British royals news and updates.